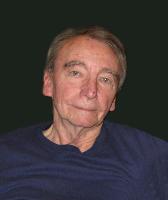 DENT, Michael J. Sr. (VA3FTL) Passed away unexpectedly, on Friday, February 25, 2011 at the age of 72 years. Beloved husband of 48 years and best friend to Grace, loving father of Michael &amp; Mei Dent of Waterloo, Matt &amp; Myra Dent of Virginia, cherished grandfather of Thomas and Jackie Dent and brother to Denis &amp;Joan Dent of Windsor. Michael was born in Windsor and served in the R.C.A. F. for 5 years. He later worked as a rate clerk for various freight companies in the Windsor area and came to Waterloo five years ago to be closer to his family. He was an avid Ham Radio Operator in both Windsor and Waterloo. Michael made friends wherever he went. Relatives and friends are invited to share their memories of Michael with his family during visitation at the Erb &amp; Good Family Funeral Home, 171 King St. S., Waterloo on Monday, February 28, 2011 from 6-8 pm and prior to the service on Tuesday, March 1 from 11:00 to 12:45pm. The funeral service to celebrate Michael's life will be held in the Funeral Home Chapel on Tuesday at 1:00 pm. Interment will follow at Parkview Cemetery, Waterloo with a reception following the interment in the Fireside Reception Room of the funeral home. Condolences for the family and donations to the Canadian Breast Cancer Foundation may be arranged through the funeral home at www.erbgood.com or 519-745-8445.