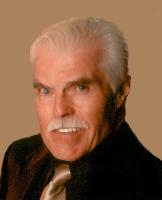 On Friday, December 23,2016, after seventy-four years of a life of teaching, leadership and service, Mike died with courage and grace at home, as a result of an aggressive cancer. During his illness, he was supported by family, cherished friends and his competent palliative care team led by nurse, Donna Barker. Mike will be greatly missed by his soul mate and wife, Jacqueline Sharratt (Wellwood). Caring father of Jake, Juston (Marta) and Mark (Tanya). Treasured grandfather of Mackenzie, Taylor, Ella, Ashley and Rachel, who lovingly referred to him as Pops. Dear brother of Pam Hill and Debbie (Peter) Buckland. He will be sadly missed by nephews Braden (Nikki) and Drew Hill, as well as the Wellwood extended family. Mike had a distinguished career at the University of Waterloo (1974-2007), where he excelled in a role of administration as Chair in Kinesiology and Dean of the Faculty of Applied Health Sciences, bringing major vision and expansion to the faculty. He was instrumental in establishing the Lyle Hallman Institute for Health Promotion and the Manulife Wellness Center, where he was the major force behind the development of community and clinical exercise programs, including Hardy Hearts, UW Fitness, UW WELL-FIT and Teens in Motion. Mike’s greatest passion was teaching, earning him a Distinguished Teaching Award in 2008. He inspired thousands of students with his profound wisdom and passion for helping people. He retired from UWaterloo in 2007, but his energy and passion continued as he took on the role of President of the Schlegel-UW Research Institute for Aging (RIA) from 2006 until earlier this year. This innovative partnership brought the first purpose-built teaching long-term care home onto a university campus. It was the culmination of over a decade of planning and lobbying by Mike and his close friend and colleague Ron Schlegel. The legacy of this work will live on for decades to come in programs such as the Michael T. Sharratt Program for Active Living. This signature program for seniors brings together Mike’s multiple passions of research, physical activity, education and healthy aging. Mike spent many years as an international wrestling official including two Olympic Games, dozens of world championships and was inducted into the Canadian Amateur Wrestling Hall of Fame. He was awarded the FILA Gold Star for his contribution to amateur wrestling. He brought his gift of teaching to the sport by offering clinics and training new officials. The Sharratt family will receive family and friends at Knox Waterloo Presbyterian Church, 50 Erb Street West, Waterloo on Saturday, January 14, 2017. Visitation from 1:30 – 2:45 pm followed by a Celebration of Life at 3:00 pm. Reception to follow. As expressions of sympathy, donations to the University of Waterloo Michael T. Sharratt Award, Schlegel-UW Research Institute for Aging or University of Waterloo WELL-FIT, may be arranged through the Erb & Good Family Funeral Home at www.erbgood.com or 519-745-8445.