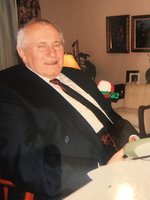 Janos (John), Konya, age 76, passed away peacefully on Saturday, January 11th 2020, at St Mary’s Hospital in Kitchener, ON. John was predeceased by his parents, Balazs and Sara (Erdos) Konya, as well as his siblings, Andras and Balazs. He is survived by his wife of 50 years, Iren (Kucza) Konya; his two sons, John and Balazs (Yolanda); his brother, Miklos; and his brother-in-laws; Joska and Imre. Along with his grandchildren; Cody (Stephanie), Chelsey (Hehman), Reagan, Dallas (Brodie), Trey, Bo, Kianna and Anna, and two young great-grandchildren; Blair and Abel, who lovingly refer to him as ‘Tato.’ He was very proud of his big family and he will be missed dearly by all of them. Born and raised in Kezdi, Romania, he attended veterinary school for 3 years after high school. Upon graduating college, he completed his military service as a reserve soldier for 1 year in the Romanian Army. After the military, he worked as a veterinarian’s assistant in Transylvania. He immigrated to Canada in 1976 with his brother-in-law, to establish a foundation for his wife and two children, whom were still in Sepsiszentgyorgy, Romania. Upon immigrating to Canada, he worked as a truck driver until he retired. He loved driving long distances and to new places, memorizing his routes along the way. After retirement, he enjoyed providing directions to anyone with a destination. A funeral service will be held on January 15th 2020, with visitation at 3pm and service starting at 4pm; at Erb & Good Funeral Home, 171 King St S, Waterloo. Donations can be made in his honour to the Canadian Diabetes Association.