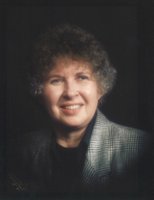 Beryl Helen Hultin passed away on February 4, 2020, after a lengthy decline due to Alzheimer’s Disease. She spent the last 2 years of her life on the Memory Floor at Luther Village on the Grange in Waterloo. She is survived by her children Geoff and Karen, daughters-in-law Andrea and Monica, son-in-law Shawn, grandchildren David, Aidan, Cameron, Ethan, Sarah, and Benjamin. Beryl is predeceased by her husband, Neil (2017), son Philip (2018), and grandson, Michael (2018). Beryl was born in 1935 in Bismark, North Dakota, the eldest of four children born to Helen Amelia Josephson and Arnold Edwin Juhala. Her family moved to Minot, North Dakota where her father worked as a bus mechanic and her mother worked at the hospital. Beryl excelled in her schooling and won several scholarships and awards. Her first job was playing the piano for a local ballet school starting at age 14. Her musical interests started early and continued to define her throughout her life. While attending university classes in Chicago, Beryl worked in a secretarial capacity for a music publishing firm. She married Neil Hultin in 1956, following his return from a scholarship year in Germany. They moved to Baltimore, Maryland, where their first son Philip was born and then on to Tucson, Arizona, where Beryl discovered her love for Mexican cooking, especially frijoles rellenos and pico de gallo. In 1963, Beryl and Neil relocated to London, Ontario, where Neil took a job at the University of Western Ontario. Their second son, Geoff, was born in 1966 in London. During these years, Beryl developed her interest in cooking, music and entertaining. Baking bread from scratch started in London. As did Beryl’s love of hosting wonderful dinner parties. In 1969, Beryl and her family moved to Kitchener, Ontario after Neil took a tenure-track position in the English Department at the University of Waterloo. Beryl’s daughter, Karen, was born in 1970. Now with three children, Beryl’s attention focused on family, but Beryl continued to play the piano and oboe, and involved her children in piano, guitar and violin. Regular dinner parties continued, including annual parties for Neil’s graduate students. In 1978, Beryl decided to return to school and completed a Bachelor of Music degree at Wilfred Laurier University. She held a range of secretarial positions at the University of Waterloo culminating in being Graduate Secretary in the Mechanical Engineering department, where she enjoyed working with all the students, especially with international students. Beryl and Neil took several trips to Scotland and spent a year living in Edinburgh. Beryl loved attending musical and theatrical performances and visiting galleries. She performed in many Waterloo-area musical groups, including the Community Orchestra, Cambridge Band, and the Wellington Winds. Beryl was a founding member of the KitchenWater Quintet, a woodwind group that rehearsed weekly in her kitchen on Craigleith Drive in Waterloo – notorious for having sufficient space for a quintet as well as great acoustics. Beryl never forgot her North Dakota roots and the values of self-sufficiency, strength and perseverance, even though her life took her far away from Minot. The family extends their deepest gratitude to the entire team at Luther Village for the love and support they gave their mother. They are grateful for the daily support from Home Instead Senior Care, especially Ann, Debbie, Cristiana, Nicole, Hazel, Ana, Srinitha, Colomba, and Karen. A celebration of Beryl’s life will be held at her daughter Karen’s house on Saturday February 08th between 3 pm and 6 pm: 203 Mohawk Avenue in Waterloo. In lieu of flowers, a donation to Alzheimer’s Society of Canada can be made through Erb & Good Funeral Home at 519-745-8445 or www.erbgood.com.