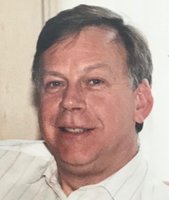 Wayne Is finally free from the illness that plagued him for so many years. Free to remember the friends and family who's lives he made happier, sillier - with a quip here and knee slapper there. Dad was born in Brantford on January 8, 1942. He spent much of his youth in Waterford alongside uncle Jimmy - the shenanigan years! He attended Western University spending his summers in the ROTP program at Camp Borden where he met his lovely bride - Leslie Ann MacKenzie; his wife of 56 years. Dad spent his career at Mutual Life (Clarica) as a Financial Planner. He was an avid golfer, a member of the Waterloo Rotary Club for many years, a fisherman - who loved the experience more than the catch, and he was the story teller of story tellers. He could certainly spin a tale with a sense of humour that never failed. His smile, and silliness lasted long beyond when the memories faded. But most importantly, he was a devoted husband, loving father to Beth,Lynn and Jill and an adoring grandfather to Stuart, Hannah, Heather, Meghan, Abbey, Pat, and Josh; a role which he enjoyed for such a short time but which left an indelible mark. He is survived by his sister Anita Miller and husband Matt, of Waterloo, and brother Randy Van Wagner and wife Ann of Windsor and their families. Wayne, you will be forever in our hearts. Private Celebration of Life to be held later in February. Donations can be made to the Alzheimers Society of Waterloo Wellington