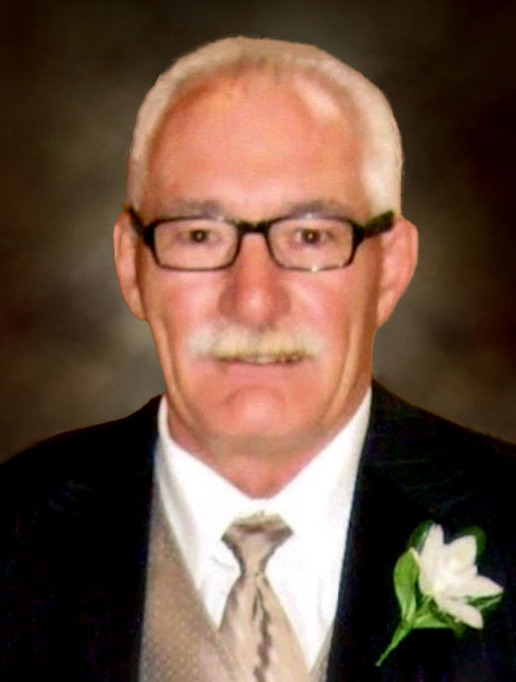 It is with profound sadness the family of Allan Haehn announce his passing with family by his side after a very brief but hard-fought battle with cancer.

Al immigrated to Canada from Dalry, Scotland when he was 8 years old and the family settled first in Timmins followed by Kitchener.  He attended Kitchener-Waterloo Collegiate Institute (KCI) and developed a passion for the Red, Yellow, Black.  In his high school yearbook, he stated that his ambition upon graduation was to return to KCI to teach and coach after university.

Al graduated from the University of Waterloo with an Honours Science degree in Kinesiology.  As a proud Warrior, Al bled Gold and Black on the football field, earning the Doug Shue award in recognition of his talent and commitment.  The team camaraderie was unmistakable, many beers were had, and friendships developed that are strong to this day.

After U of W, Al obtained a BA in Education from Western University and after a few detours, Al found himself realizing his goal and teaching and coaching back at KCI.  Al was a dedicated teacher in the KCI math department for over 30 years.  Al most loved helping his students to understand and simplify difficult concepts.  His enthusiasm for KCI never waned – his students were very important to him and his KCI colleagues were also cherished friends.

Al was a fierce competitor and loved to coach his KCI Raiders winning multiple WCSSAA and CWOSSAA basketball championships and representing the region at OFSSAA tournaments.  In 2006 Al won the prestigious OFSSAA Leadership in School Sport Award, presented annually at each OFSSAA Championship to a teacher and coach who has made a significant contribution to the educational athletic program.  Al was a mentor to his players working with each to develop their special talents.  His influence can be found in his many players who are now successful teachers and coaches in the region.

Al forged lifelong friendships through basketball – founding the KW Lightning Girls Basketball Association with two such friends so their daughters had an opportunity to play competitive basketball.  Naismith Sports Camp became a summer tradition for Al and his daughter Meghan and coaching basketball amongst friends from near and far gave him great joy.

Al was an athlete thru and thru, and over the years completed both the Hamilton and New York City marathons, smoking a celebratory cigar at the completion of each event.  A passion for Al was golf, even though a game usually caused more frustration than relaxation!  He was a longtime member of the Elmira Golf Club and especially enjoyed the Saturday morning games with the “old boys”.

As a member of the Waterloo Chippers Athletic Club, he enjoyed working at the many fundraising events and participating in slow-pitch tournaments.  Al was the Chipper of the Year in 1999-2000 and always loved being a part of the oldtimers club.

As a longtime member of Redeemer Lutheran Church, Al’s faith was very important to him.  Recent home visits by Pastor Joel Kuhl brought him great solace.

Al’s family would like to thank Dr. Joseph Lee, Care Partners (Mary Ann Lorentz), and the team on the 5th floor of Grand River Hospital for the loving care that Al received.  In addition, we would like to thank Al’s family, friends, and colleagues for their tireless love and support during this difficult time.

Left to mourn Al’s passing are his beloved wife of 48 years Marlene, cherished daughter Meghan (John) and the greatest joy of his life, his adored grandchildren Arthur, Annabelle, and Edward.  Papa Al was larger than life and he will be dearly missed by his three favourite kids.  Al will also be sadly missed by his loving sister and brother-in-law Marion and Yves Bertrand, nieces Jocelyn (Dan) and Kim, great-nephew Kyle (Jessica) and his brother-in-law Ronald Welker along with innumerable friends and colleagues.

Due to COVID-19 restrictions, a private family service was held at Redeemer Lutheran Church. A celebration of Al’s life with family and friends will be held at the Knights of Columbus, 145 Dearborn Place, Waterloo on Saturday, April 16, 2022 from 1-4pm.

As expressions of sympathy memorial donations to Redeemer Lutheran Church, Kitchener-Waterloo Collegiate Institute (KCI - through the Waterloo Education Foundation Inc.), or the Riverside Foundation for Health Care (Breast Health Network) would be appreciated and may be arranged through the funeral home www.erbgood.com or (519)745-8445.