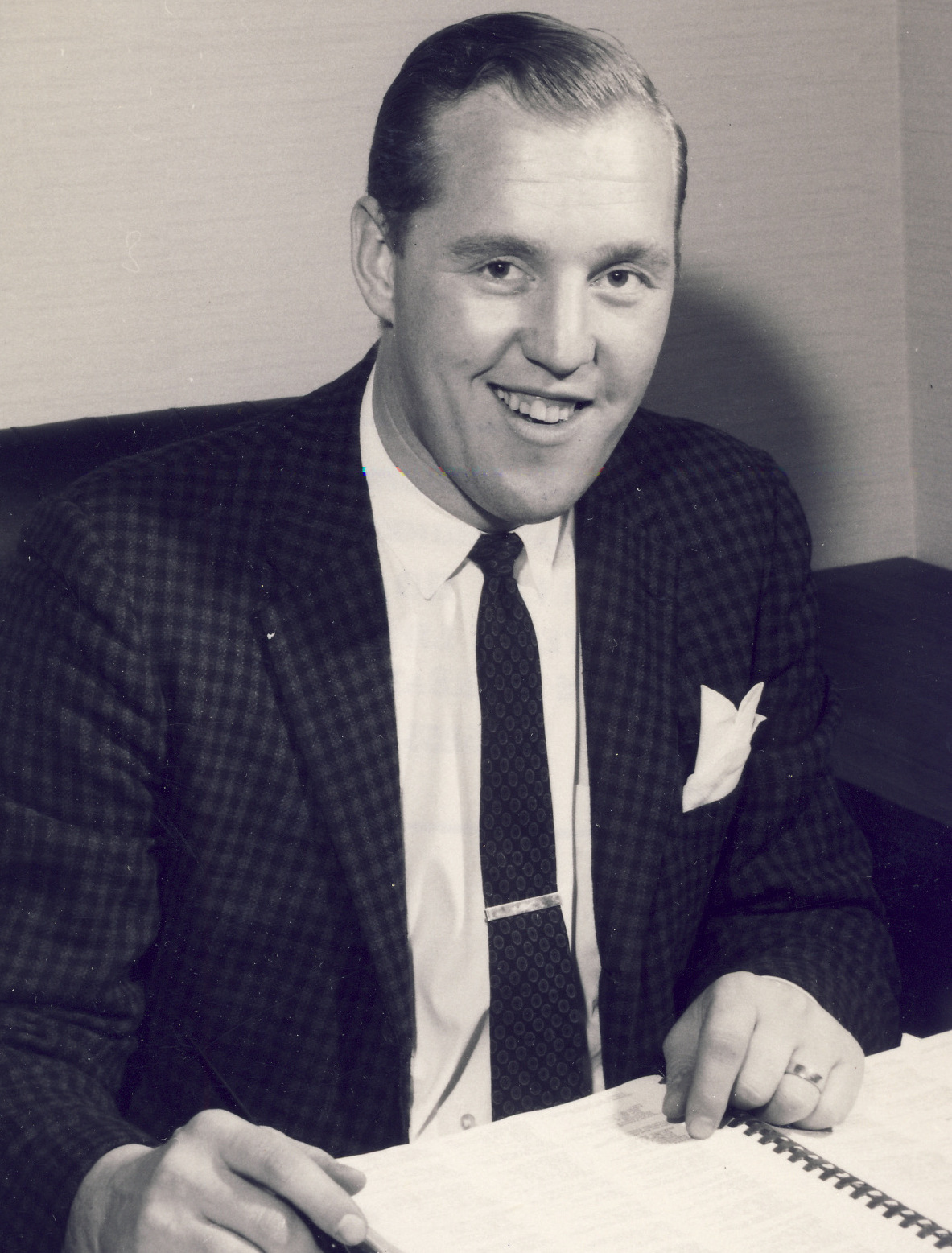 Ward, Arthur Allen (Art) died peacefully on December 28, 2021 at Columbia Forest LTC in Waterloo. He was born on April 13, 1937 in Arnprior ON where he attended elementary and high school where his father Allen Ward was the principal. Art graduated from Ryerson Polytechnical Institute in Toronto with a diploma in Hotel Administration and a one season roster assignment with the Toronto Argonauts that would later earn him an induction into the Ryerson Sports Hall of Fame.

While attending Ryerson Art met Joan Douglas (interior design) whom he married in 1960 after fun-filled summers working together at Clevelands House followed by multiple assignments with The Holiday Inn and Skyline Hotels. In 1967 Art and Joan settled down and bought the WigaMog Inn located in beautiful Haliburton, ON which they poured their heart and soul into for 27 years.

Art ardently served his community for most of his life earning such honours as Rotarian of the Year, Innkeeper of the Year, and Highlander of the Year. He served as President of several organizations including the Haliburton Rotary club, Lake Kashagawigamog Tourist Ass’n, and the Chamber of Commerce. He was named a Paul Harris Fellow twice, earned a Rotary Lifetime Achievement Award, and the Canada 150 Volunteer Award. He loved his Rotary Family dearly and is well remembered for his enthusiastic BBQ beef-on-a-bun fundraising talents, boisterous baritone singing, somewhat coercive auctioneering skills, and his generous hand at hosting dozens of colorful Rotary events – including one featuring ‘horsecake’.

Provincially, Art served as Chairman of Resorts Ontario, as director of Ontario Place Corporation and on the board of the Metro Toronto Convention Centre. He also served as Vice Chairman of the Ontario Hostelry Institute as well as the inaugural Innkeeper of the Pinestone Inn and Country Club (1-2-1 Corp). He was a champion for Tourism and a true “dyed-blue-in-the-wool” Tory as evidenced by his many friends and a long-term membership at the Albany Club in Toronto. To say that his political stripes were loud and obvious would be an understatement of epic proportions.

Art is also fondly remembered as a passionate 50+ year member of the annual Florida Snow-Bird Pilgrimage for resort owners. We cherish the wonderful memories of WigaMog Inn with many staff and guest families, lots of singing Rotarians, many loquacious political events, and most of all, his larger than life personality as he worked his way through every room he entered. He was an engaging mentor and an authentic friend leaving positive and powerful impressions on many he met.

He is predeceased by his brother James (Jim) Ward (1978) and is survived by his wife Joan, sister Nora Oldfield, daughters Kimberley and Lisa, son Christopher and 10 grandchildren. As per Art’s wishes, there will be no service. Cremation will take place at the Erb & Good Funeral Home in Waterloo with his final resting place at the Ingoldsby United Cemetery near his beloved town of Haliburton. Charitable donations can be made to your local Rotary Club as “Service Above Self” is what Art was all about. His singing will be missed but the echoes will last forever. Thank you for everything dad, we love and miss you dearly.