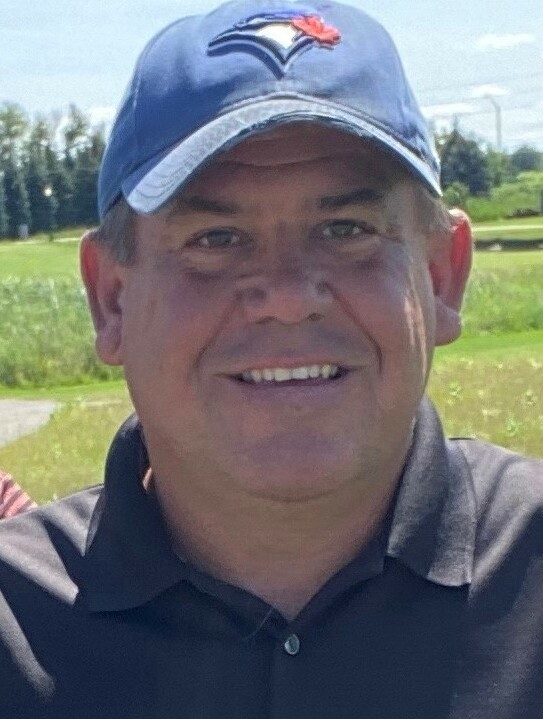 It is with tremendous sorrow that we announce that Steve passed away on February 2, 2022, at the age of 51, after a brief battle with cancer. Steve is survived by his loving wife, Kelly, his two daughters, Victoria and Samantha, his parents, Barry and Heather, his brother, Jeff (Christine), his sister, Jaye (Paul), his brother-in-law, Steve, and a large extended family of aunts, cousins, and nieces and nephews. He will be deeply missed by all who knew him, particularly his best friend of forty years, Kyle Nantais (Margaret).

Growing up in Windsor, Ontario allowed Steve to form two loves. The first was his love of sports. Steve was an avid sports enthusiast his entire life and loved nothing more than attending a Jays’ game or watching the Maple Leafs with his family. The second, and more important love he found in Windsor was the love of his life, Kelly. Married in Windsor 25 years ago, they eventually settled in Waterloo, where they built a rich and full life together. In the summer, if you wanted to find Steve and Kelly, they would either be on the golf course or in their backyard, by the pool, with family and friends, working on their tans.

His parents both teachers, it was natural for Steve to gravitate towards teaching as a profession. Steve eventually followed in his father’s footsteps and became a guidance counselor at Bluevale Collegiate, later transferring to Eastwood Collegiate where he became Head of the Guidance Department. Steve cared about all of the students, but he was passionate about the underserved, including children of refugees and immigrants, helping them transition into a Canadian education. Steve’s family is very grateful for the outpouring of love and support from the staffs at both Eastwood and Bluevale.

While Steve had much to be proud of, his greatest source of pride was his two beautiful daughters, Victoria and Samantha. Whether coaching softball or cheering from the stands at a ringette game, Steve was a very involved father. His daughters will carry his infectious laughter in their hearts knowing that no one could deliver a better sarcastic one-liner than their dad.

Steve’s family would like to thank the doctors and nurses at Grand River Hospital and Waterloo Region Hospice.

In lieu of flowers, the family would appreciate donations to be made to Reception House of Waterloo Region or the Canadian Cancer Society. Memorial donations and condolences for the family may be arranged by contacting the Erb & Good Family Funeral Home, 171 King St. S., Waterloo, www.erbgood.com or 519-745-8445.