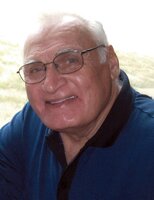 It is with heavy hearts that we pass on the news of the passing of Larry Brutzki.

Larry was born in Kitchener, Ontario on February 8, 1946 to Ernest and Betty (nee Thoman) Brutzki. He is survived by his stepmother Betty (nee Bast) Brutzki his cousin and best friend Linda Martindale, his brother Kirk and his wife Judy, nieces Candice and husband Nick Avdikos and Kristy Maloney and husband Kieth and great nieces Cloe and Bella Avdikos  and by many relatives and friends. Predeceased by his wife Marlane.

Larry has been supported through the SIL program for 18 years.  Larry was always appreciative of the support he received, and had great concern for the wellbeing of those who supported him.  He often would try to give staff money for coffee or for gas.  There would be times when he was so adamant that he be able to give back to staff in this way, that his eyes would be brimming with grateful tears as he insisted staff take the toonies.  The toonies always found their way back into his wallet, unbeknownst to him, in case he would chastise the staff for not taking the money.

Larry was always ready to give love to others and receive love.  When talking to him he always wanted to make sure that you weren’t working too hard, and that you were taking time for yourself.  Even when laying sick in the hospital, he would tell people not to worry about him and to go home and rest.  His focus was always on those around him.

Larry was loyal.  He was loyal to Marlane, his wife and friend, and was with her for her own passing in 2009.  He was loyal to his workplace for 28 years until it closed down.  He was loyal to his friends who he cared a great deal about.  He was also humble.  Often, people would try to tell him how special he was and tell him that he was a great man.  He would always shake his head and try to disagree with you; too humble to accept how much people truly cared for him.

Larry shared a love of old classic cars like his Dad and could have a lengthy conversation with you about them.  When he got his driver’s license, he was so proud to have it and loved driving around in his truck.  When he started having seizures, he wasn’t able to drive anymore, but he still stayed connected with his passion of appreciating antique and vintage cars.

It was easy to care about Larry and to want the very best for him.  He was self-conscious of things he considered flaws in himself and he would try to hide the parts of himself that he felt weren’t worthy of love.  It took many conversations and lots of encouragement and praise for him to let people in and see all the parts of him; the good and what he thought wasn’t so good.  We are forever grateful that he took a chance and let people really get to know him.  Those people are lucky; they got to know a humble, kind, generous, appreciative man that will be forever missed by those who knew and loved him – Jenna

In memory of Larry, donations to Christian Horizons or Samaritan's Purse Canada would be appreciated and may be arranged through the funeral home www.erbgood.com or 519-745-8445.