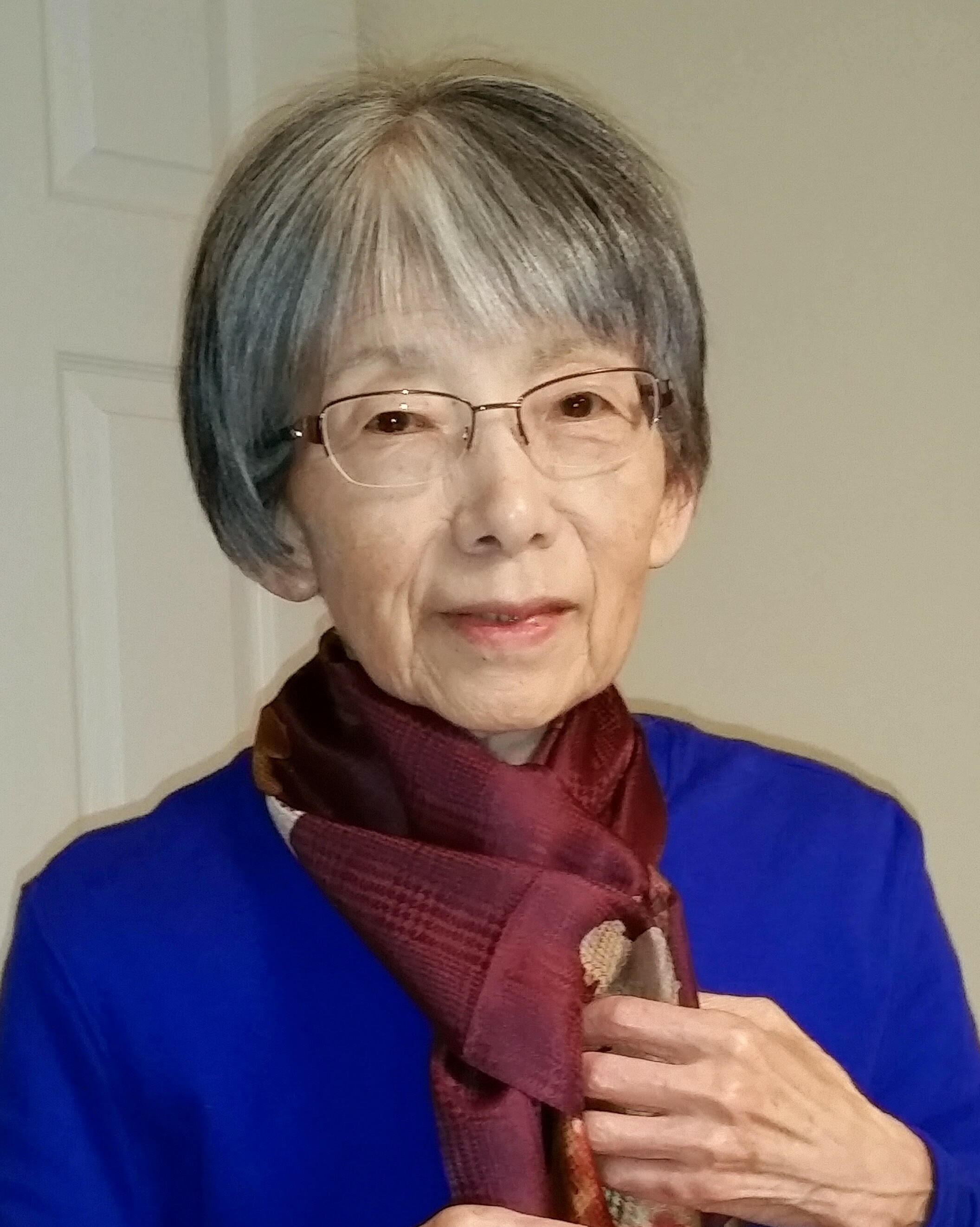 Kayoko Shimpo passed away peacefully at the age of 86 on November 11, 2022 at Wellesley Central Place in Toronto.

Born and raised in Tokyo, Japan and later in nearby Chiba province, she studied chemistry at International Christian University (Tokyo) where she converted to Christianity and made lifelong friends. After graduating with a master’s degree, she briefly taught at a local girls’ school.

In 1965 she married Mitsuru (“Mike”) Shimpo and immigrated to Canada. A daughter, Yuri, was born in Saskatoon, and son Ryoji was born in Waterloo, which became home for the couple in Canada.

Kayoko alternated between homemaking and full-time work at a variety of jobs and was a dedicated and loving wife and mother as well as a hardworking employee. Some of her best memories from this period were her participation in a house church group, friendships with her Japanese-Canadian friends, and attending classical music concerts. She was known for her excellent cooking skills and hospitality.

She and Mitsuru relocated to Japan for 10 years, where she re-connected with her culture as well as old friends and extended family. During this time, they also began travelling extensively to countries all over the world, especially in Europe and Asia. These adventures became a highlight for both of their lives.

After Mitsuru’s retirement, they returned to Waterloo and resumed their life in Canada. They joined the congregation of Waterloo North Mennonite Church soon thereafter. They looked forward with great anticipation to visits by Ryoji and his wife Kim, and grandchildren Kai and Brody. Kayoko was also able to spend more time with friends and pursued hobbies including sewing and Japanese calligraphy until she was slowed by Mitsuru’s death in 2015 and by Parkinson’s.

She lived at Parkwood Mennonite retirement home for 6 years, before moving to Toronto last year to be closer to Yuri.

A memorial service will be planned for spring or early summer. In lieu of flowers, donations to the Parkinson Society or the Mennonite Central Committee would be appreciated and can be arranged through Erb & Good Family Funeral Home, 519-745-8445, www.erbgood.com.