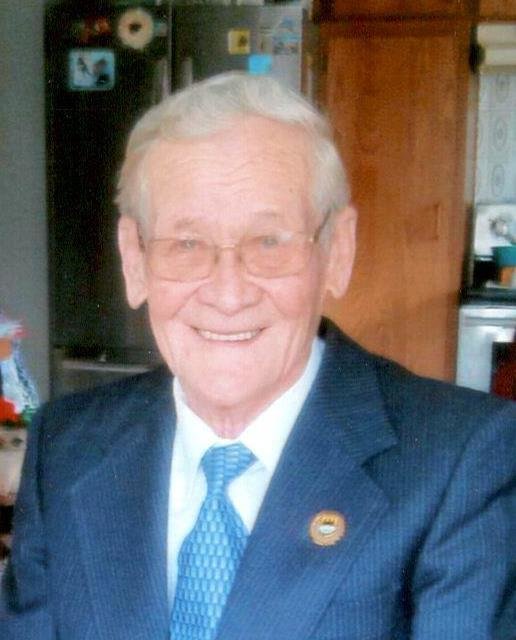 Fred Lutz, had just turned age 87 this month, passed away suddenly while on vacation in Hungary.  Survived by his wife Anne (Usleber) of 61 years; his sons Harry (Denise Rhoades) and Robert (Donna); and daughter Dianne (Robert Howard).  Predeceased by his daughter Mary Margaret and his son Steven.  Also survived by his sisters Hanna (Gustaf) Berndt of Toronto and Siegrid (Werner) Schroeder of Germany.  Loving Opa to Amanda, Steven, Adam and Erin.

Fred immigrated to Canada just after his 20th birthday and settled in the Kitchener/Waterloo area.  Without government assistance, he worked for a gentle farmer whose farm was located in the vicinity of Fischer-Hallman and Erb.  He also met the love of his life Anne whom he would marry in 1955.  After his debt was paid off, Fred would work at Schneiders until 1965 where he then obtained a job with the fledgling University of Waterloo.  He remained there until his retirement in 1992.   Once retired, he pursued his greatest passion which was gardening and keeping his property in immaculate condition.  In his later years, he became quite fond of visiting the casino in Elora and travelling.  He was a member of the Schwaben Club and belonged to the Parish of St. Michaels.

Friends are invited to share their memories of Fred with his family during visitation at the Erb & Good Family Funeral Home, 171 King St. S., Waterloo, on Sunday July 9, 2017 from 2-4 p.m. and 7-9 p.m.  Parish Prayers will be held at 8:45 p.m. The Mass of Christian Burial will be celebrated on Monday July 10, 2017 at 11 a.m. at St. Michael’s RC Church, 240 Hemlock St., Waterloo, with Rev. David Walter as Celebrant. Interment will follow at Woodland Cemetery, Kitchener. A Reception will be held at the Schwaben Club, Kitchener.

Condolences for the family and donations to Heart & Stroke Foundation, may be arranged through the funeral home at www.erbgood.com or 519.745.8445.

Share Your Memory of
Fred
Upload Your Memory View All Memories
Be the first to upload a memory!
Share A Memory