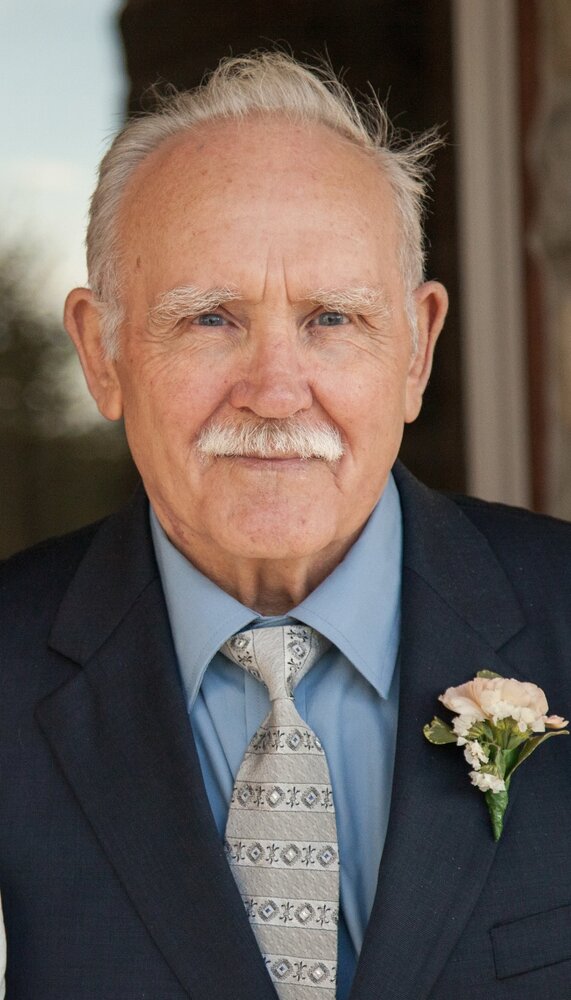 Passed away peacefully at home on Sunday August 28, 2022.

Born in Wales, Glyn grew up in the UK. During the war, he was sent to live with family in the countryside. He would often speak of his aunts, uncles and life during those times. Later, he would serve with the Royal Artillery and had the honour of being chosen to fire one of the cannons at the Queen's Coronation in 1953.

He came to Canada with his wife and children in 1967 where he settled in Waterloo which became his home for the next 55 years. A welder by trade, he immediately found employment at Uniroyal where he became an active member of the union and served as shop steward for a period.

He enjoyed evenings spent in his workshop where he was a jack of all trades. He built many a project around the house or for friends and family and loved fix-it jobs. Weekends usually involved gathering with his close group of friends for card games and get-togethers. A gambler at heart, he was always up for a trip to the casino, the races, or a friendly bet on a soccer match. He enjoyed traveling and the highlight of the many trips he and Annette took together was a trip into the Australian outback during which they camped out.

His other passion was soccer, coaching Ontario Jr Boys Rep teams and serving on the board of the Waterloo Athletics Soccer Club. He shared his love of soccer with his grandchildren and was delighted in their love of the sport. He was a regular fixture at their games where everyone knew their Grandad. He was famously known for his love of telling jokes and sharing stories. He was always happy to have a new audience and would have a new joke to tell when you saw him as well as a few he had told you many times before.

His greatest treasure was his family and even in his last days was always wanting to ensure they were happy and knew they were loved. One of the great joys of his life was being a grandfather and the special relationship he had with each of his grandchildren. He would always go above and beyond to support and nurture these relationships. He attended countless soccer, hockey and basketball games and their other endeavors. In more recent years he was overjoyed to become a great grandfather.

Cremation has taken place. Condolences for the family and donations to Grand River Hospital Foundation Cancer Centre may be arranged through the Erb & Good Family Funeral Home, 171 King Street S. Waterloo at www.erbgood.com or 519-745-8445.