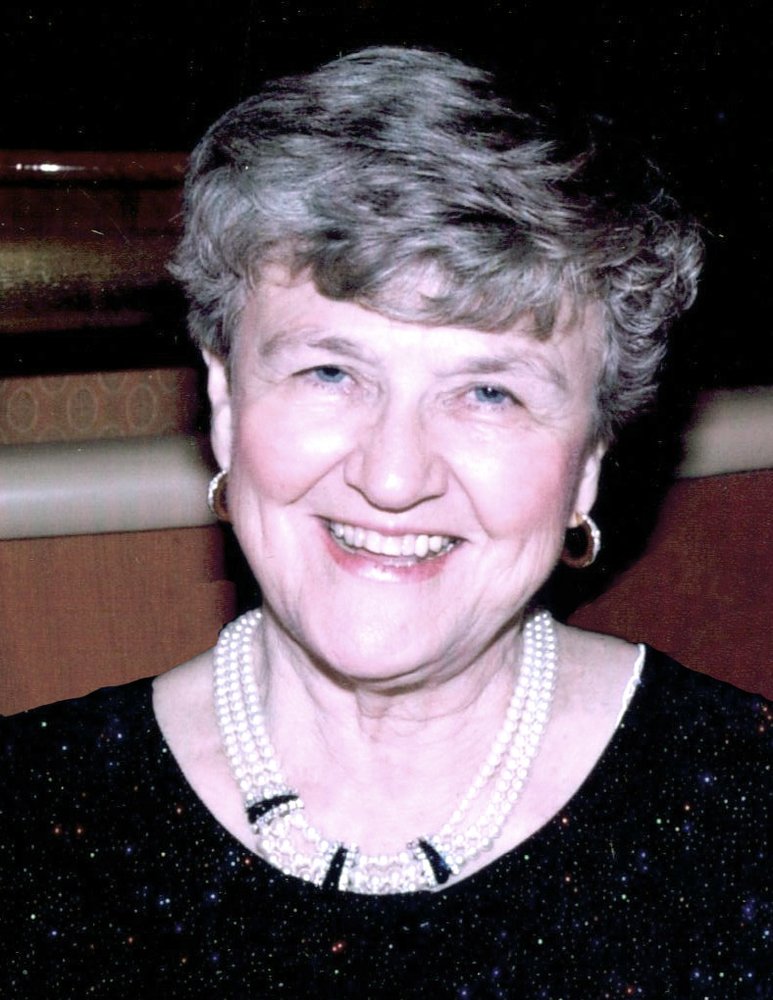 Ann died peacefully in her sleep on December 31, 2018, in her 82nd year. She was predeceased by her soulmate of 43 years, John Heldmann (2007) as well as her parents, Anna (Dietrich) and Michael Roth and John’s parents, Marion and Henry Heldmann.

Born in Birk, Transylvania, Ann’s love for travel began at the young age of 7, when, as the result of the war, her family migrated west to Germany and then to Canada. Our “Auntie Ann” or “NN” would simply sum up her family’s horse and wagon exodus as “an adventure” and joked that her first cruise was at the age of 9 when they crossed the ocean as immigrants.

After graduating from the business program at K.C.I., Ann began her 40 year career as a Claims Specialist with the Workman’s Compensation Board of Ontario. Always “on trend”, with a spirit of adventure in her step, Anna, a St Peter’s girl, caught the eye of John, a St Matthews boy, through Luther League socials in the early 1960’s.  When John proposed to Ann at St Matthews, he promised that together, they would see the world.  He kept that promise and hand-in-hand they toured all 7 continents. Through yearly slideshows, mystery trips and cross-border vacations, Ann and John also opened up the world to their families, especially their nephews and nieces.

Friends are invited to share their memories of Ann with her family at the Erb & Good Family Funeral Home, 171 King Street South, Waterloo, on Thursday from 7-9pm.  The funeral service to celebrate Ann’s life will be held on Friday, January 4, 2019 at 11am.  Immediately following the service, friends and relatives are invited to join the family for refreshments and a time to visit. A private family committal service will follow at Williamsburg Cemetery, Kitchener.

Donations to Heart and Stroke Foundation or HopeSpring would be appreciated as expressions of sympathy and may be arranged through the funeral home.

Special thank you to Warm Embrace for their care and support given to Anna. Also thank you to the staff at A.R. Goudie Eventide Home for their exceptional care during her short stay.

To send flowers to the family or plant a tree in memory of Anna Heldmann, please visit Tribute Store
Print
Thursday
3
January

Relatives and friends are invited to join the family for a time of lunch and fellowship following the service in the chapel.
Share A Memory
Send Flowers