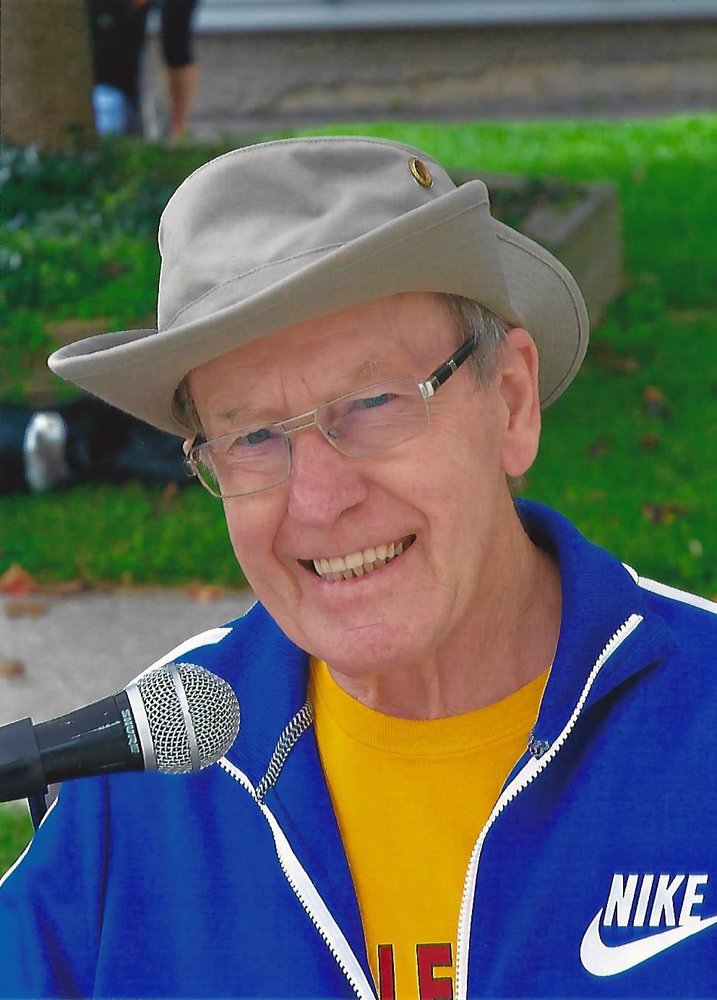 Reception to follow the service in the Fireside Room of the Funeral Home.

It is with profound sorrow that the people who love Terry announce his passing on Sunday June 30, 2019.

Survived by his wife and best friend Patricia.  Loving father to Gary (Anne), Lisa (Kirby), and Adam (Macon).  Grandfather to Alex (Sarah), Ben (Adrienne), Trystan and Cooper.  Son-in-law to Edna, brother-in-law to Percy, Dan and Phil (Bev), brother-in-law to Susann (Gary); uncle to many extraordinary nieces and nephews in Canada and England and family of the heart to Donna, Joe and Barbara.

Predeceased by his parents James and Nora; Sister Doreen; Father in Law Delmer; Brother in Law Brian and Peter; Sister in Law Judy.

Terry was born in Bury England, and his life journey took him to Scotland; Tanzania; and Canada.

He first became an Electrical Engineer and was drafted into the Royal Air Force where he found his passion for teaching science and mathematics.  He moved to Scotland shortly after to become a District Commercial Engineer; however; he never lost his love of teaching and adventure. This took him to the Diamond mines in Dar Es Salaam Tanzania where he was a lecturer and instructor of electrical engineering to the apprentices and employees there. Once he had them fully trained his adventuresome spirit brought him to Canada where he taught high school students, teaching electricity, drafting, auto mechanics and mathematics.

Terry had a zest for life like no other and had boundless talent and energy to go with it.  No matter what he took on he did it with precision and style and no detail was too much.

His quick wit and sense of humour will truly be missed by all who knew him.

There are not enough words to describe all the wonderful people at University Gates no matter their job.   Your care, compassion, dedication to your jobs and the dignity you showed each and every day in caring for Terry will never be forgotten. All of you are the most amazing people in the world. You are right “It takes a Village to care”.

Friends are invited to share their memories of Terry with his family during memorial visitation at the Erb & Good Family Funeral Home, 171 King St. S., Waterloo, on Thursday, July 4, 2019 from 2:00 – 2:45 p.m., with a Memorial Service at 3:00 p.m. in the chapel of the funeral home. Reception to follow.

To honour Terry’s wishes cremation has taken place. At his request, in his memory he would like a Simple act of kindness performed and/or a donation to your favourite charity. Donations can be arranged through the funeral home at www.erbgood.com or 519-745-8445.

Share Your Memory of
Terry
Upload Your Memory View All Memories
Be the first to upload a memory!