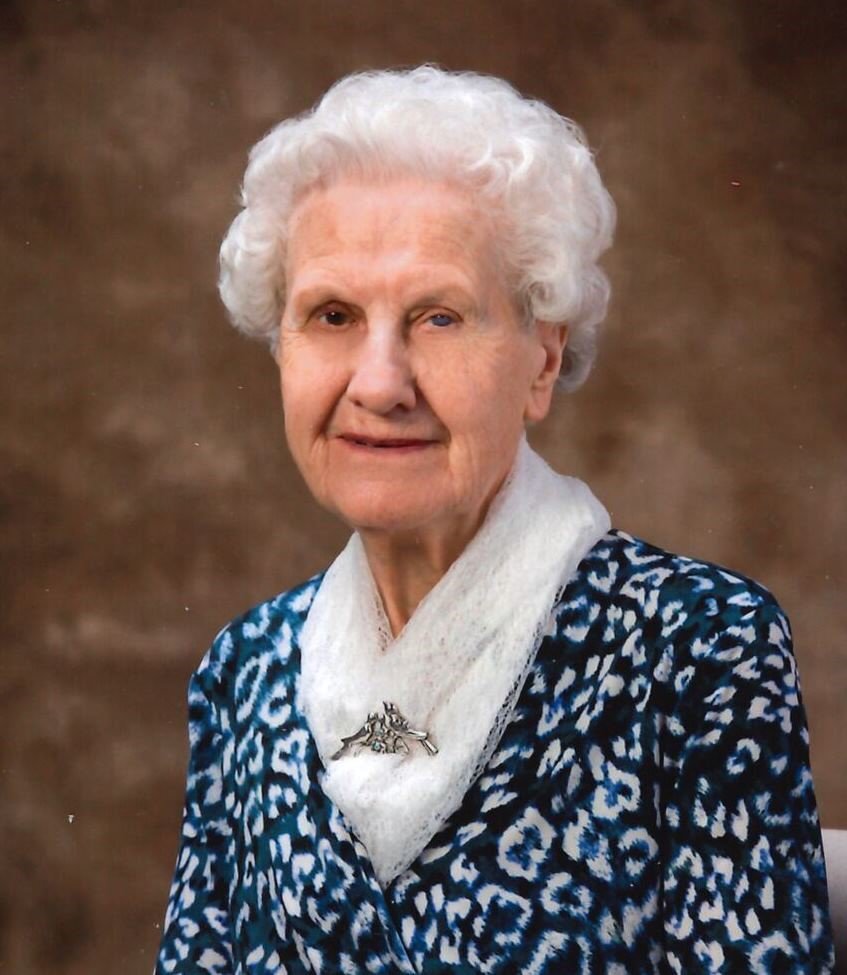 At the age of 93, having lived a full life, Martha passed away peacefully at Luther Village on the Park, on August 12, 2019, surrounded by family and close friends.   She lived her final year, with all its health challenges, with the same gratitude, strength, and courage that she showed throughout her life.  A woman of deep faith and trust in her Lord, she lived a life containing hardships and struggles but also great joy, success and much love.

Born in Reush Verde, East Prussia on March 17, 1926, she and her family were forced to flee to West Germany at the end of WW2, where she married Ernest, and eventually they emigrated to Ottawa in 1954. In the beginning life was hard, working in a paper making factory and cleaning houses. Having a grade 6 education she eventually gained her high school diploma.  This enabled her to get a job in the Civil Service, where she had a career in the Justice Department, at times riding the elevator with future Prime Ministers’ Pierre Trudeau and Jean Chretien.  She retired in 1991.

She enjoyed her retirement years immensely, acquiring a drivers license and a car at the age of 65 and in 2002, left Ottawa and moved to Luther Village on the Park.  Here she enjoyed some of the best years of her life.  She formed close friendships with fellow residents, volunteered for tasks to make life better for others, traveled the world, enjoyed gardening, knitting, and being an active member of Holy Cross Church. She had a keen interest in politics and current events and would rush home from church on Sunday to watch “Question Period.”  She was rarely afraid to state her opinion.   She was the family matriarch, enjoying the attention and love of not only her grandchildren but also her great grandchildren.  Her faith and family were the center of her life.  She had a strong belief in God’s guiding hand in that life and that He had a plan for her.  On Monday of this week His plan for Martha was fulfilled!

The family would like to thank all those who provided special care to Martha during her final weeks including Care-Partners, Paramed, and especially the compassionate staff at Luther Village on the Park.

Friends are invited to share their memories of Martha with her family during visitation at the Erb & Good Family Funeral Home, 171 King St. S., Waterloo, on Thursday, August 15, 2019 from 2-4 & 7-9 p.m.  The funeral service will be held at Holy Cross Evangelical Lutheran Church, 332 East Avenue, Kitchener on Friday, August 16 at 11:00 am with the Rev. Roland Syens officiating.  Reception to follow at the church and interment will take place at Parkview Cemetery.  A further reception will take place at Luther Village in the Great Hall in the Sunshine Center from 3:15 – 4:45.

Condolences for the family and donations to Lutherwood, St. Mary’s Hospital or Holy Cross Lutheran Church may be arranged through the funeral home at www.erbgood.com or 519-745-8445.