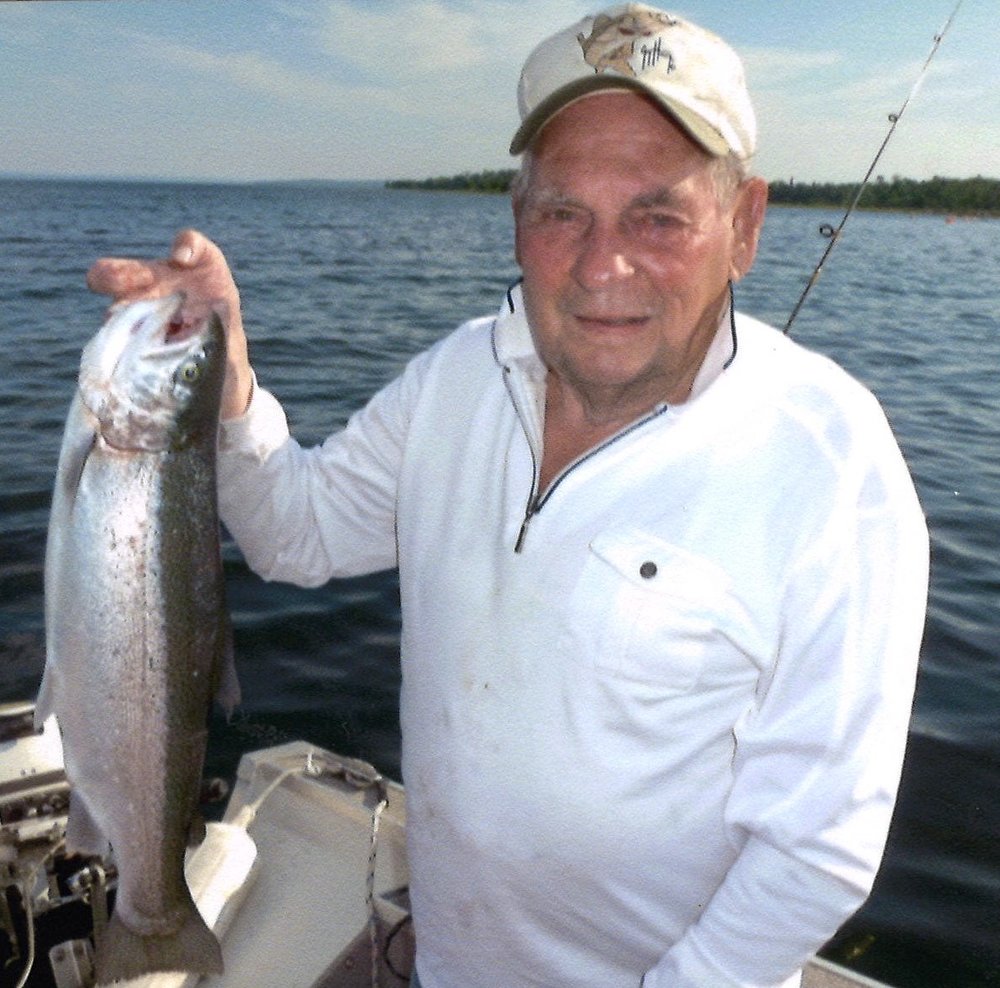 Howard passed away peacefully in his sleep on November 28, 2019 at the age of 92 at Grand River Hospital.

A lifelong athlete. He played Junior B Hockey for the Waterloo Siskins and as a long-time member of the Elmira Golf Club, he won multiple championships and along with his wife Norine, captured many husband and wife trophies. He also enjoyed golfing with his son-in-law Philip. Among his many passions were farming and cattle raising, a love he shared with his daughter, hunting and fishing, especially when it involved his son and grandsons. But his greatest passion was for his adored wife Norine and family. He was so proud of his children, grandchildren and great-grandchildren in whom he delighted.

Cremation has taken place. A Celebration of Howard’s Life will be held at Erb Good Family Funeral Home, 171 King Street South, Waterloo on Friday December 13 from 12:00 – 2:00 pm in the Fireside Reception Room.

Condolences for the family and donations to a Charity of Choice may be arranged through the Erb & Good Family Funeral Home at www.erbgood.com or 519-745-8445.