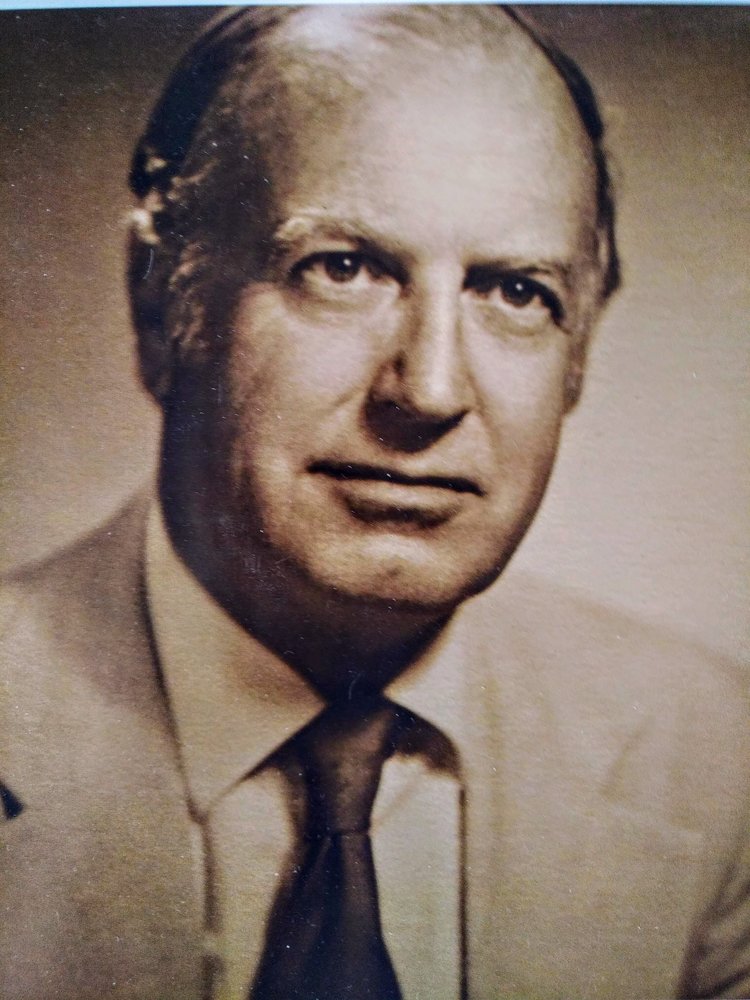 With much sadness we announce the passing of William “Bill” Lobban.  After a long and productive life Bill passed away peacefully on Thursday, March 5, 2020 at the age of 95. Bill was the loving and devoted husband of 65 years to his best friend Joan Lobban (nee) Crighton.

Devoted father and hero of Malcolm of Toronto & his children Kathryn, Heather and Elizabeth.  Karen Vujovich of Perth, Australia & her children Nadia (Grayson Crowe) grandchildren Nella & Zadie, Elicia and Ariana, and Graham & his wife Stephanie Hauser of Waterloo & their children Mackenzie, Chelsey and Parker.  He was predeceased by an infant son, his parents Annie Sinclair & William Lobban and his brother Albert.  Also survived by relatives in the U.K., France and the Argentine.

Bill was born in Renfrew Scotland in 1924. At the age of seventeen Bill joined the British Navy and trained as a fighter pilot with the Fleet Arm.  He did his flight training in Eastern Canada.  Then served his WWII years on an Aircraft Carrier in the Far East.  Returning to University in Scotland after the war he graduated from the University of Glasgow School of Art in Architecture with a Gold Medal in design.  His career as an Architect spans several countries: Hong Kong, Singapore, Brazil, Vancouver, Ottawa and Kitchener – Waterloo.  In Ottawa Bill held the position of Chief Architect for the Canadian Navy.  In 1964 he came to Waterloo to work on the Planning and Development of a new University – University of Waterloo, where he was very involved in the overall layout of the campus and many of the buildings, that stand there today.  In 1979 he joined Carl Reider and Eric Hymen in private practice, Reider, Hymen and Lobban Architects.  Among many buildings throughout the Region of Waterloo, they were responsible for the Centre in the Square, Waterloo Regional Headquarters and Sunnyside Long Term Care Facility as well as many of the High Schools & Firehalls. He is truly leaving his mark in the community and will be remembered for his years of contribution back to the Region of Waterloo, he loved so much.

Bill loved his cottage on Lake Eugenia and Beaver Valley, where he enjoyed spending time with his family.

On August 5th, 2018 Bill was granted a “Life Enriching Wish” by Wish of a Lifetime Canada and Westmount Chartwell LTC at the Canadian Warplane Heritage Museum– to be able to fly one last time in a WWII plane, which was a fabulous very memorable experience for him and his entire family.

Cremation has taken place and a private family Memorial Service will be held at a future date.

Condolences for the family and donations in memory of Bill to the “KW Art Gallery” at the “The Centre In the Square” would be appreciated as expressions of sympathy and may be made through the Erb & Good Family Funeral home, 171 King St. S., Waterloo at www.erbgood.com or by calling 519.745.8445.