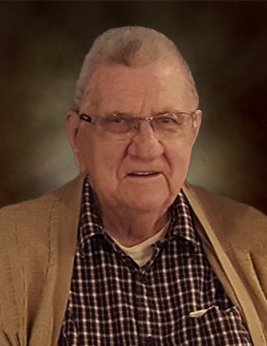 Passed away peacefully at Columbia Forest Long Term Care Home in Waterloo on Saturday, October 3, 2020, at the age of 91.

Gord was born in Kitchener, and was the second youngest of the 13 Schneider siblings. He started his career at Savage Shoes in Cambridge, before retiring from Budd Automotive Manufacturing in Kitchener after over 20 years of dedicated service. He was a hard worker, with an aptitude for working with his hands and devising creative solutions for challenges in his way. In his younger years, Gord enjoyed being part of the local sports community, playing baseball and flooding ice rinks at home and behind the local elementary school for the neighbourhood children. At family weddings, he would be one of the few men dancing (and dancing well), so he always had a full dance card. Gord and Gerry were avid campers when their children and grandchildren were young, and he spent many years as part of the community at the High Point Maples trailer park near Dundalk. He was also a long-time active member of St. Philip’s Lutheran Church in Kitchener until its closing in 2018 and subsequent merger with St. Luke’s Lutheran Church.

A private family service will take place at St. Luke’s Lutheran Church in Kitchener on Thursday, October 8, 2020. Condolences and remembrances for the family may be arranged by contacting the Erb & Good Family Funeral Home, 171 King St. S., Waterloo at www.erbgood.com or 519-745-8445. Memorial donations to Grand River Regional Cancer Centre (through the Grand River Hospital Foundation), St. Luke’s Lutheran Church, or a charity of your choice would be appreciated and may also be arranged by contacting the funeral home.

A special thank you is extended to the staff at Columbia Forest for their attentive and compassionate care.

Share Your Memory of
Gordon
Upload Your Memory View All Memories
Be the first to upload a memory!