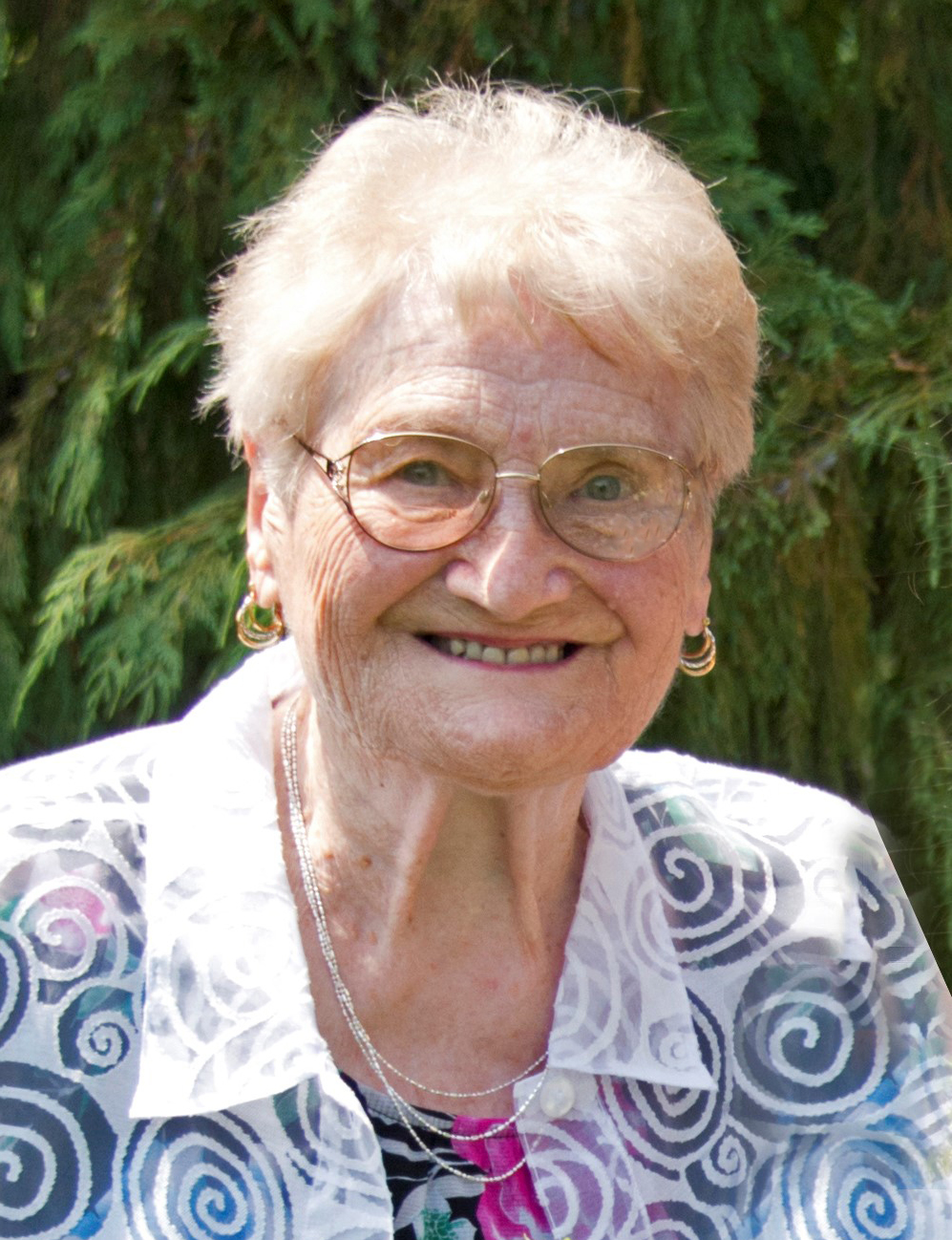 Erika was born at Waldhof, ON, and was baptized and confirmed at St. Mark’s Lutheran Church. She attended a one room school in Waldhof and then high school in Dryden. She worked at restaurants and tourist camps until moving to Kitchener in 1949.  In 1951 she married Fred – working their farm and picnic rental grounds for 30 years then retiring to a new home designed by Erika until 2009.  Together for 58 years they enjoyed dancing, swing bowling and travelled to many countries, some highlights were Brazil, Peru, China, South Africa, often showing slides of their adventures. Both were generous with gifting supporting many charities – Grand River and St. Mary’s Hospital, Lutherwood, Concordia Seminary were some of their choice ones.  Erika was an active member of Emmanuel Lutheran Church (LC-C) Petersburg for 65 years, a helper in W.O.E. and the Quilters Group.  She designed and sewed many banners which adorn the church.  Some favourite activities were gardening, painting, writing letters and poems, reading and jigsaw puzzles.  Interment will take place at Emmanuel Lutheran Cemetery, Petersburg.  Memorial Service at Emmanuel Lutheran Church will be decided at a later date.

Condolences for the family and donations to Emmanuel Lutheran Church or Team Shan Breast Cancer Awareness (www.teamshan.ca) may be arranged by contacting the Erb & Good Family Funeral Home, 171 King Street S., Waterloo at www.erbgood.com or 519.745.8445.