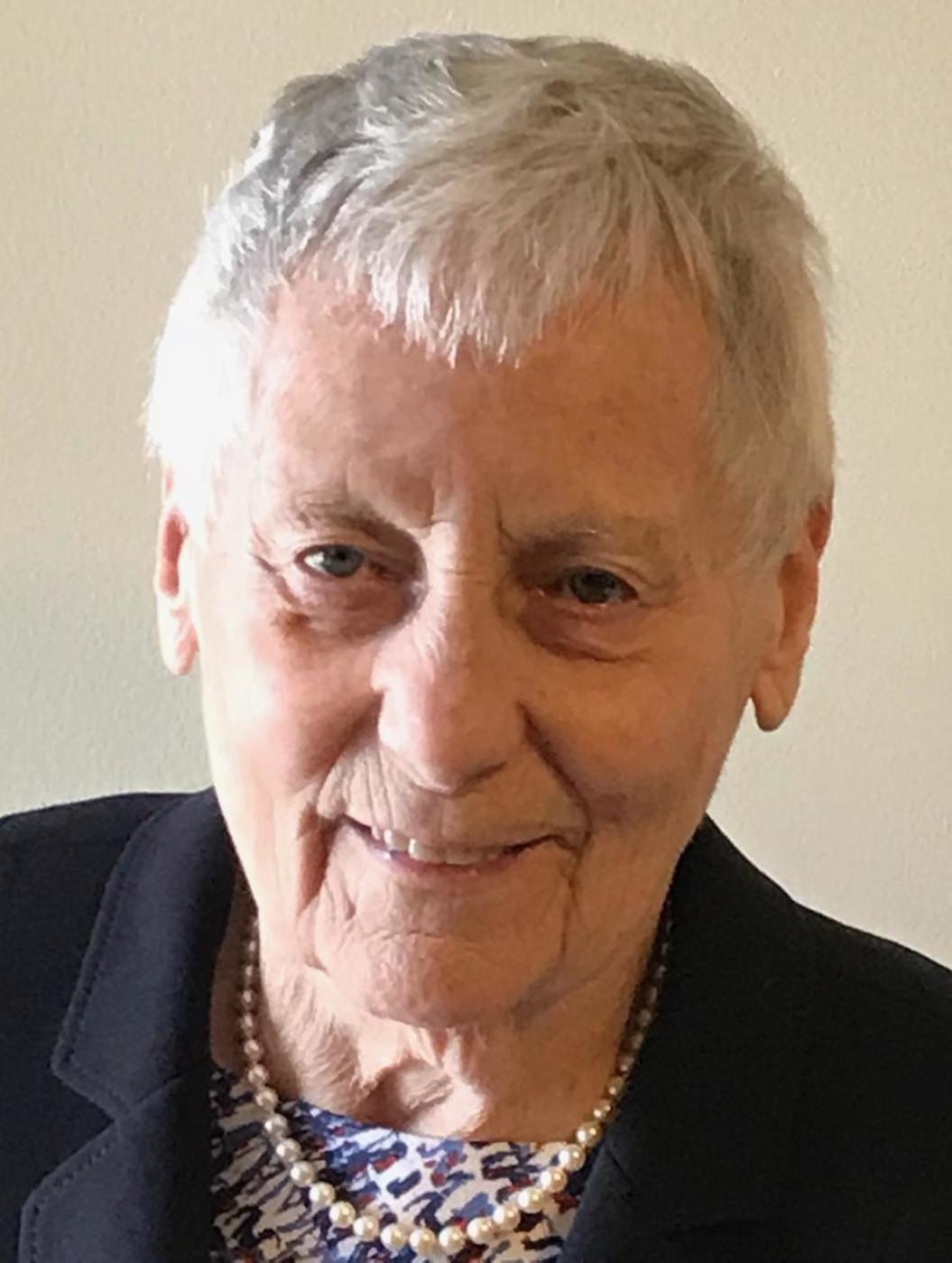 Passed away peacefully at Riverside Glen in Guelph on June 17th, 2021.  Daughter of the late Cornelieus and Agnes Plas, sister of Peter Plas and his late wife, Pauline Plas of Hanover, sister of Ronny Leach of Owen Sound, and sister of Gerry Amoroso of San Rafael, California.

After immigrating to Canada in 1955 from The Netherlands, Jane spent her first eight years in Canada working for The Owen Sound Transportation Commission and the Georgian Bay Development Association.  She received her Diploma as Chartered Secretary from the Institute of Chartered Secretaries and Administrators, and a Bachelor of Arts (Modern Languages) from the University of Western, Ontario, following which she became a teaching master in Executive Secretarial subjects at the Brockville Campus of St. Lawrence College of Applied Arts and Technology. In 1973, she joined Canpotex Limited, an export marketing agency, building a career in corporate administration.  She spent the final four years of her career, teaching and management consulting in Mainland China, where she conducted as well a wide variety of in-company training programs writing textbooks on Secretarial Practice, English and Business English Communications, published by Commercial Press International, China.  On return from China in 1997, she resumed her academic studies at the University of Waterloo where, in 2003, she obtained a Certificate in East Asian Studies and in 2005, graduated with a four year General Arts Degree.  In 2009, she received her Masters of Theological Studies from Conrad Grebel University College.

Jane loved to read, travel and spend time at her cottage on the shores of Georgian Bay.  It was not uncommon to see her rolling boulders out of the bay all the way up to the gardens at her cottage.  Nor was it uncommon to find her swimming laps in the early summer icy waters of Georgian Bay while neighbours looked on to ensure her safety.  Her later years were spent at her condo in Waterloo where she prided herself on being one of the oldest members at Goodlife Fitness.  While some complained about a city full of students, Jane loved to dwell among them and all of the academia that was close by.  She was a strong supporter of education and established several scholarships at universities in Ontario.  Jane made friends easily in her community in Waterloo, loved a good laugh over coffee, and will be missed.

Charitable donations to honour Jane's memory can be made to Timothy Christian School in Owen Sound or the Alzheimer Society of Canada and can be arranged through Erb & Good Family Funeral Home, 171 King St. S., Waterloo at www.erbgood.com or 519-745-8445.

Share Your Memory of
Jane
Upload Your Memory View All Memories
Be the first to upload a memory!