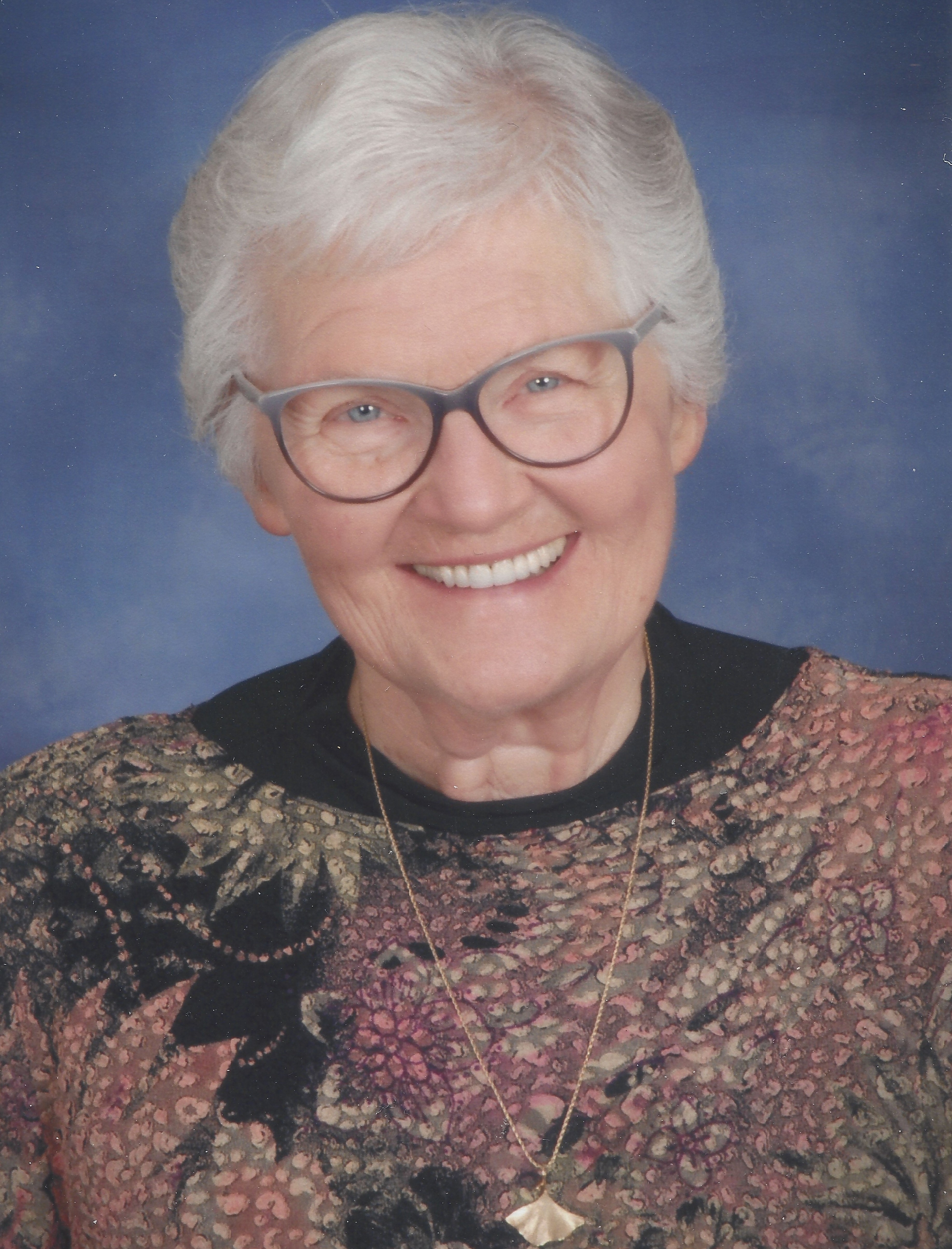 With profound sadness, we announce the passing of Erma Kathryn Hunsberger Stutzman, 87 on Tuesday June 29, 2021, at Cook Family Residence, Waterloo Regional Hospice, after suffering a stroke.

Born at home on Donel Farm near Baden, Ontario, she was the third daughter of Eldon and Mary Hunsberger and was happiest spending time with her seven siblings at home on the farm.  Extended family get-togethers and connecting with aunts, uncles, cousins, nieces and nephews were a highlight for Erma and a common thread throughout her life.

Education was a significant pillar in Erma’s life.  She attended Rockway Mennonite School in Kitchener and Teacher’s College in Stratford and the friendships she made there, lasted throughout her lifetime.  Erma’s sense of adventure, independence and curiosity for life was admired by her nieces and nephews.  It was during her time as an MCC volunteer teaching at Grenfell School in St. Anthony, Newfoundland that she sparked a friendship with Dr. John Stutzman.  Erma and John were married at Conrad Grebel Chapel in 1972, 15 years after they met, and then created a life together in Bloomington, Illinois.  The roads between Waterloo and Bloomington, Siesta Key and Rainbow Rock were well-travelled by family who loved spending time with Aunt Erma and Uncle John.  In December 2018 Erma and John moved back to Waterloo to be close to family.  Erma’s adored husband John passed away August 2019 and last summer Erma moved to Parkwood Mennonite Homes so that she could live close to her beloved sister Mary.

Erma is survived by sister Elsie and her husband Glen Shantz, sister Mary Schiedel, brother Ken Hunsberger, sister-in-law Ruth Hunsberger and sister-in-law Catherine Hunsberger. She is predeceased by her mother Mary, father Eldon, brothers Enos, Willis and Floyd and sister Amy.   Erma was dearly loved by Sunny, Hannah and Sophie to whom she was always known as Auntie!  While Erma and John had no children, their deep love for their nieces, nephews, grand-nieces and grand-nephews was evident and strong.  When leaving a conversation with Aunt Erma we would often say, “Good-bye.  I love you” and she would say, “Good-bye, I love you more!”

A private memorial service will be held at Waterloo North Mennonite Church on Saturday July 3, 2021, at 1:00 pm (Eastern time zone).  For anyone wishing to join the livestream service, a link is located at the top of this obituary.

In lieu of flowers, the family suggests donations to Mennonite Central Committee. Memorial donations and condolences for the family may be arranged by contacting Erb & Good Family Funeral Home, 171 King St. S., Waterloo, www.erbgood.com or 519-745-8445.