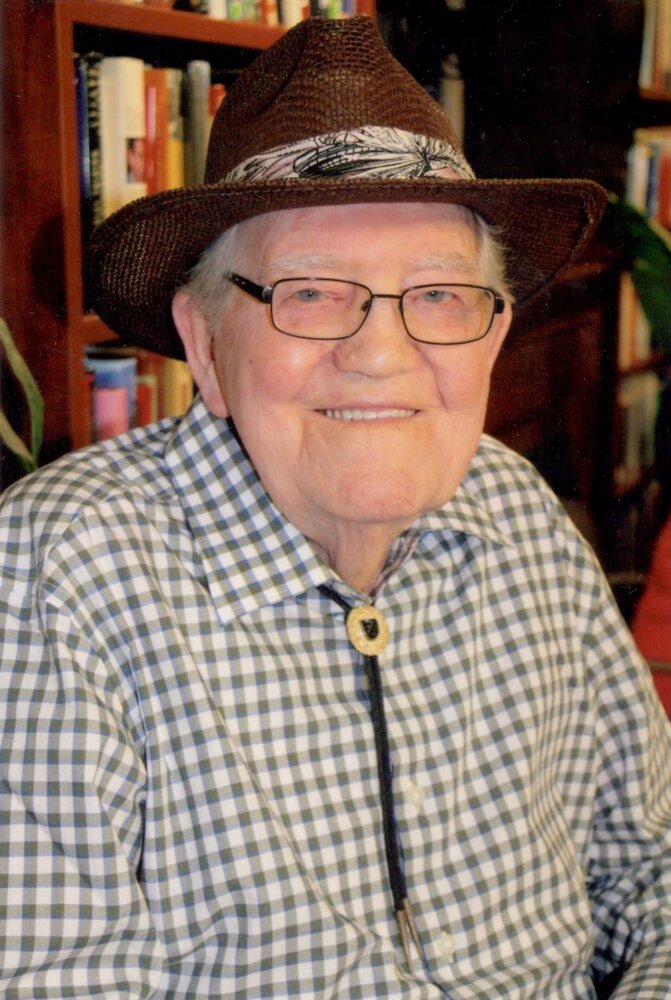 Dan was born in Durham, England on December 15, 1923. He served with distinction in the British Army, posted in Norway in World War II.

Greatly missed by his son James Truswell of Waterloo, his in-laws Judy and Bob Astley, the residents and staff of Waterloo Heights retirement home, and his son from his first marriage Craig Truswell and wife Marcy of England.

While working in Wimbledon, England, he met Jane who was a nursing student from Canada. Dan and Jane were married in 1977. Dan, Jane and James moved to Canada in 1981 where Dan worked at Fisher Controls until retirement.

In Dan’s words, “I had a good life”. He was a dedicated and loving father and husband, caring for Jane, James and Cameron in their struggles with myotonic dystrophy. He was a true English gentleman, always positive and always ready to break into song to celebrate birthdays and to liven things up.

Dan was loved for his positive attitude, his sense of humour, and his strong constitution. In England, he was a black belt in Karate. In recent years, he took up painting and singing in choirs.

Those wishing to make a memorial donation in memory of Dan are asked to consider Lisaard House. Memorial donations and condolences for the family may be arranged by contacting the Erb & Good Family Funeral Home, 171 King St. S., Waterloo, www.erbgood.com or 519-745-8445.

Share Your Memory of
Daniel
Upload Your Memory View All Memories
Be the first to upload a memory!
Share A Memory