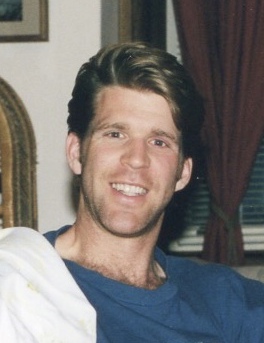 To view the livestream of Jim's service, please click here

Passed away on September 11, 2021 in Toronto at the age of 57 years. James (Jim) Haldenby was the compassionate and loving father of Eric, Willem and Anna Haldenby of Toronto and devoted companion to partner Caroline Mills. Dear brother and brother-in-law to Bruce and his wife Yasmin of Vancouver, William (Bill) and his wife Lori of Mississauga, and Timothy (Tim) and his wife Stephanie of Toronto. Jim was the loving uncle of Jeff, Lianna, Shona, Callum, Thomas, Liam, Emma, Kyan and Zoe. He was predeceased by his parents David and Nancy Haldenby.

Born May 17, 1964 in Toronto, Jim and his parents spent his early years settling in and relocating to a number of different places, including Toronto, England, and finally Waterloo, where the family grew their roots. The family home in Waterloo was the hub for Jim and his three brothers as they began their lives. Always close-knit, he and the rest of the family bonded and shared time skating the pond out back of their house during the winters, relaxing at the family cottage on Browning Island in Muskoka, and adventuring during the summers with friends up at Camp Tawingo, where Jim was first a camper and then a counsellor and section leader. Jim’s love for family began with these formative years and carried on for the rest of his life.

An alumnus of both Western University (1987) and Lakehead University (1988), Jim worked his way through post-secondary to achieve both a degree in History as well as a Bachelor of Education. He took his passion for early Canadian history, and his life-long joy for sports and physical activity and turned them into an altruistic career in elementary and middle school education. During his time spent at E.J. Sand P.S. and Willowbrook P.S., Mr. Haldenby was well-loved by both his students and his peers.

Jim was happiest on the ice, playing hockey starting from a young age. He played competitively growing up, climbing the ranks to the Junior B Waterloo Siskins in his late teens and playing for a brief stint on the Kitchener Rangers. Throughout his later years, Jim passed on his love for hockey to his children, always mentoring and coaching, and often played pick up hockey with neighbourhood friends. Jim also played AAA baseball, high school football, and competed in track and field, distance races and triathlons. He was a passionate skier, carving the slopes of Alpine Ski Club, and touring the US and Canadian Rockies as well as the Alps with his family.

Jim was the best father to his children. He was always willing and present - every sporting event, concert, family dinner, vacation, summer at the cottage. He enjoyed being around family more than anything. You could always find him making jokes and filling a room with his laugh. When you were around him you always felt included and warmed by his infectious positivity and playfulness.

Jim will be remembered with the utmost fondness as someone who could unite a room in rambunctious happiness while also being the one-on-one confidant that you talked quietly to. His smile was the definition of genuine and he never failed to brighten any soul that he touched. He will be missed and remembered by all.

We love you Jim/dad. Peace be with you.

Condolences for the family and donations to Right to Play or CAMH may be arranged through the funeral home at www.erbgood.com or 519-745-8445

A private family interment at Parkview Cemetery in Waterloo will immediately follow the funeral service.

Share Your Memory of
James (Jim)
Upload Your Memory View All Memories
Be the first to upload a memory!
Share A Memory
Send Flowers