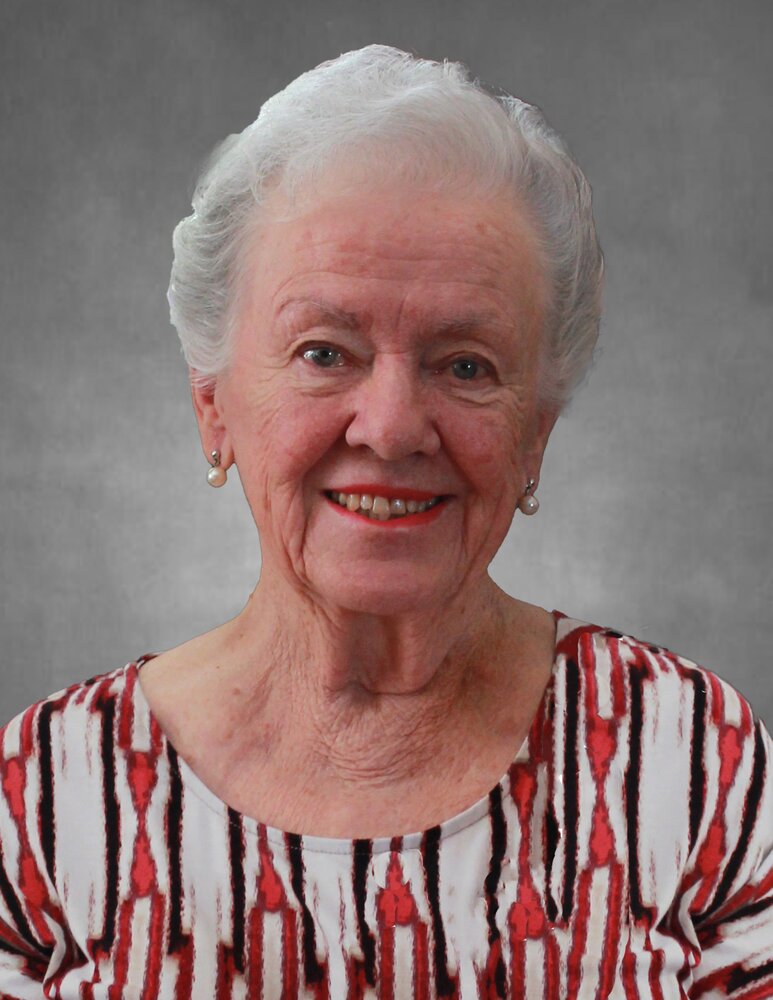 Our mother, June Evelyn Ashley, passed away on the morning of November 1, 2021, at the age of 92 (13Oct1929).  Mom lived a long, fulfilling and active life with her golfing friends, bowling, card playing and many handicrafts. Her husband (John Ashley) predeceased her on January 5, 2008.  John was a professional hockey player and then joined the NHL as a referee and supervisor of officials. Although hockey was a centrepiece of their life together, so was golfing, bowling and their annual trips to Florida where they lived during the winter months with their many friends.

June lived her life the way she wanted and until recently was independently living in her own home. Dad's passing left a hole in her life and her heart, but her memories surrounded her. June took a terrible fall in the spring and although much care was provided to her at Cambridge Memorial Hospital, family doctor, Dr Steven Chan, CarePartners, Freeport Rehab and finally Winston Park Villages it was all too much.

She is survived by her daughter Kristine Bailey (Dennis), son Tom Ashley (Cindy), her brother Gary Millman (Margot) and sister Bev Papp (Willy, deceased). She will be missed by her grandchildren Julie (Joe) McInerney, Tom Bailey (Kelly), Sami, Wesley and Zac Ashley and her great-grandchildren Ignatius and Vale McInerney and Nora, Katie and Hazel Bailey.

June was a feisty, strong-willed individual who made her thoughts and ideas known.  Our world will be less without her.

In lieu of flowers, the family would like to request donations to the City of Kitchener-Donna's Kids or to Schlegel-UW Institute for the Aging and may be arranged by contacting the Erb & Good Family Funeral Home, 171 King St. S., Waterloo at 519-745-8445 or www.erbgood.com.

When life returns to us in the spring, an interment at Williamsburg Cemetery and celebration will occur, date TBD.

Share Your Memory of
June
Upload Your Memory View All Memories
Be the first to upload a memory!
Share A Memory