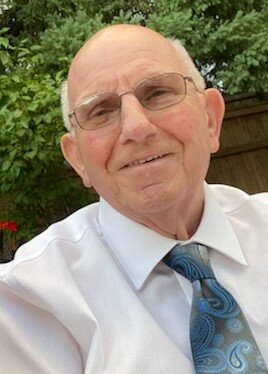 As a result of the COVID variant, the family has chosen to cancel the funeral service at this time.  A memorial may be arranged at a later date.

Leon had a career as a dedicated truck driver working with Carling/Molson for over 40 years. He was a devoted member of First Mennonite Church and also attended Kitchener Gospel Temple with his wife Virginia “Ruth”. As a hobby, Leon enjoyed tinkering with old cars, he enjoyed hunting with his brothers and in his later years, enjoyed travelling together with Ruth.

Due to COVID-19 restrictions, Private family interment will be held at First Mennonite Cemetery, Kitchener.  A memorial service may be arranged at a later date.

Condolences for the family and donations to Lisaard House, C.N.I.B., Grand River Hospital Foundation or to Mennonite Central Committee may be arranged by contacting the funeral home at www.erbgood.com or 519-745-8445.