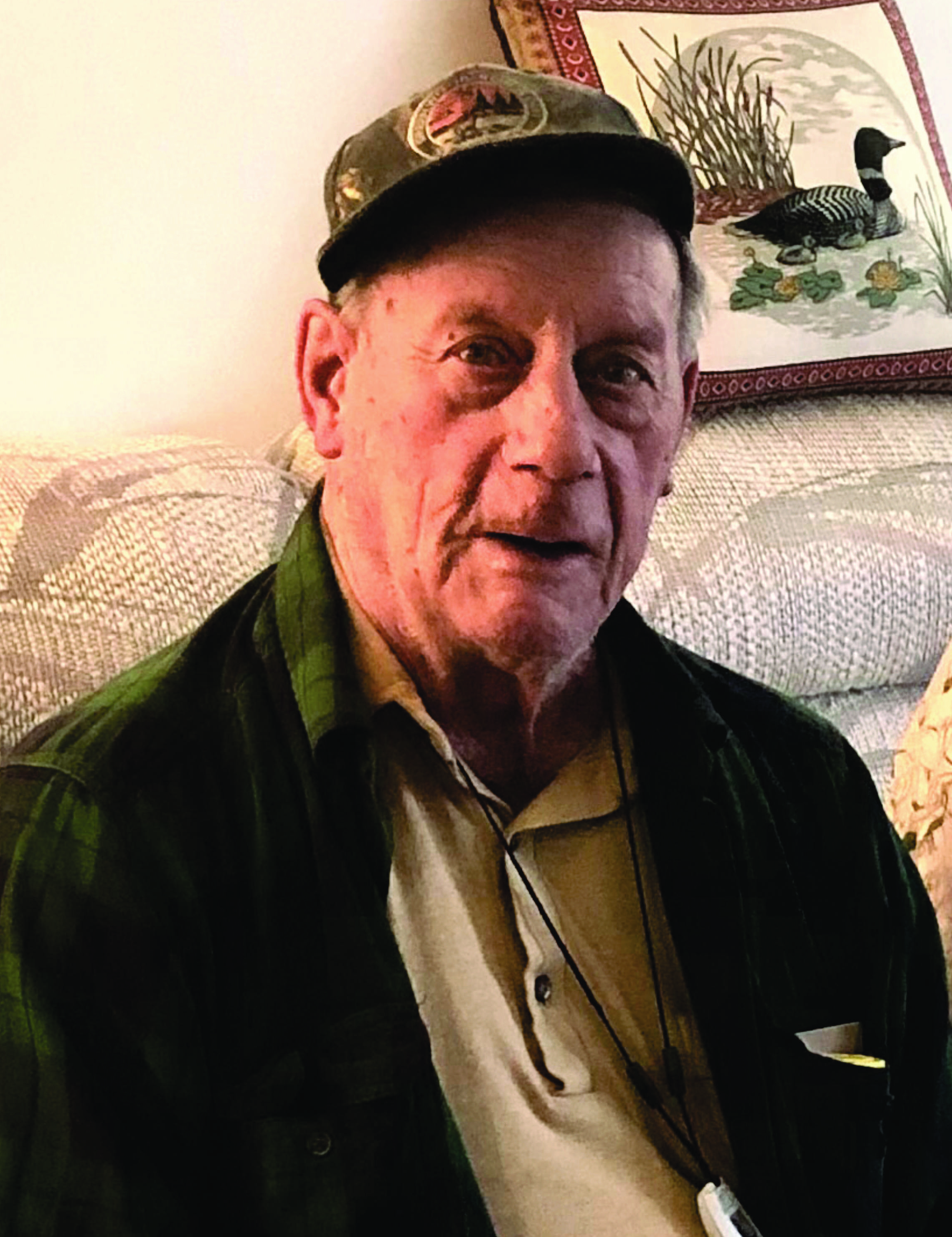 Passed away peacefully at Grand River Hospital in the early hours of January 1, 2022 in his 95th year.

Ray was born and raised in the St. Agatha area.  In 1952 he met a young lady that had just moved down from Trout Creek – In 1953 he married his Trout Creek sweetheart -Irene.   Most of his working years was spent at Seagrams Distillery where he was able to retire early from and enjoy many years of retirement.

Ray (fondly referred to by many as Hic) was an avid card player – not the best winner, not the best loser! He spent many years fishing the lakes of Northern Ontario and enjoyed many years at the trailer with Irene at Spry Lake and many fun years at Club 6 and Club 21 with family and friends.  Lots of kabitzing, cards, beer, fish, campfires and laughs.  Ray was the last surviving original founder of the Greenwood Rod and Gun Club.  As they lived right across from the Club you could always count on seeing him with his “customized” golf cart cruising across the road to separate the cans out of the garbage after any club function.  If his hat wasn’t on cock-eyed and he didn’t have a cigarette hanging on the side of his mouth – it wasn’t likely Hic.  If he wasn’t at the club you could be assured he was tinkering in his garage or sitting in the recroom listening to country oldies on his beautiful farm property which was his pride and joy.

In December of 2019 the decision was made to move to Beechwood Manor in Waterloo where Mom and Dad were able to be together and have some needed extra assistance over the last two years.

The family would like to extend our many thanks to the kind staff at Beechwood Manor for taking such good care of Dad.

As Dad spent his last week in the hospital - Thank you to the wonderful care partners at Grand River Hospital.  Thank you as well to Dr. Clarke for her many drop in visits and her care and compassion over the last few years.

Due to COVID-19 restrictions, to attend the visitation and Funeral Mass for Raymond, personal face coverings are required and relatives and friends must register (RSVP) at www.erbgood.com or by calling the funeral home. Visitation will be held at the Erb & Good Family Funeral Home, 171 King St. S., Waterloo on Friday, January 7, 2022 from 2-4 and 7-8 pm.  The Mass of Christian Burial will be celebrated at St. Agatha RC Church, 1839 Notre Dame Drive, St. Agatha, on Saturday, January 8, at 11:00 am with Rev. Tim Uniac, CR as Celebrant.  Interment to follow at St. Agatha RC Cemetery.

Condolences for the family and donations to Grand River Hospital Foundation may be arranged by contacting the funeral home at www.erbgood.com or 519-745-8445.