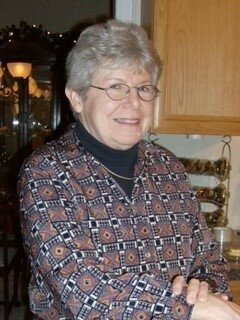 Janet's first love and passion in life was for horses, competing with, training, and raising them, along with her sister Joan. Janet carried that same love and dedication into all parts of her life. Early in her career with the Royal Bank, Janet became the first woman Bank Manager in Waterloo Region. Later in life she held many senior positions in branches throughout Ontario.

Later, her love of horses and animals became a career focus. She volunteered at many venues including the Royal Winter Fair and the Tralee Horse Farm for the Canadian Carriage Driving Classic. At these venues she experienced so many opportunities including meeting HRH Queen Elizabeth II and Prince Philip.

An independent and avid traveler, Janet was often 'On the Road Again’ with her faithful four-legged companion Freddy, at her side. A small band of gypsies heading down the highway, and best of friends. These travels brought her to Kentucky and one her proudest achievements, volunteering at the World Equestrian Games in 2010 at the Kentucky Horse Park. It was the first time the games were held outside of Europe with many dignitaries and royalty from around the world attending.

With a life so active and full she still put family and friends first. Janet would soon learn to lean on the people she loved so dearly. Best friend and sister Joan and brother-in-law Henry were her main source of strength and comfort, rallying in her corner, fighting by her side, the battles she could no longer fight alone.

Special Thank you to the family of Parkwood for their wonderful care and support, the nurses, doctors, all staff, and volunteers that touched Janet's life. What can we give? We have nothing but our love, appreciation, and deepest gratitude for all that you have meant and all that you have given.

Janet's zest for life, and her love of people and places will be her gift she leaves for us. Respecting Janet’s wishes there will be no funeral or visitation.

Condolences for the family and memorial donations to Parkwood Mennonite Home may be arranged through the Erb & Good Family Funeral Home, 171 King Street S. Waterloo at www.erbgood.com or 519-745-8445.