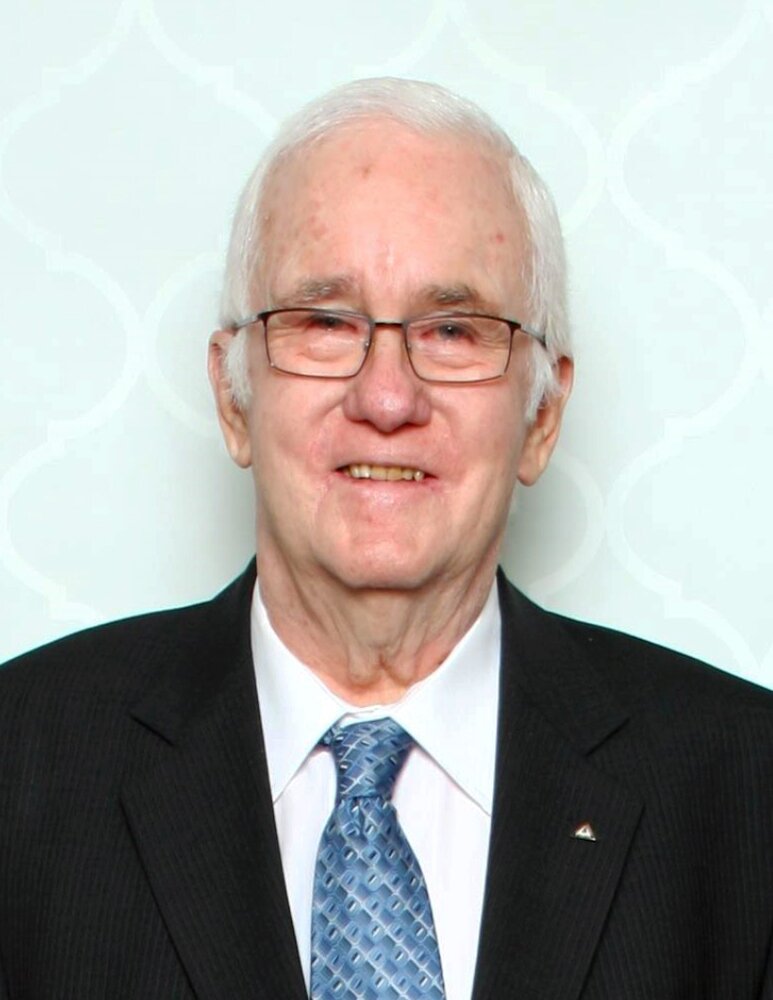 To honour John’s wishes, there will be no visitation or funeral service. A private family graveside committal service has been held.

Peacefully, at his home in Kitchener comforted by the love of his family, John went to be with his Lord and Saviour, on Tuesday, January 25, 2022, in his 82nd year.

John was a gentle soul, a good friend to many, and enjoyed helping people. He was retired from Bell Canada after many years of service. John was a model train enthusiast, member of the Doubleheaders Train Club and founding member of The Burlington Route Historical Society. He volunteered with Guide Dogs and was a member of the Bell Pioneers.

To honour John’s wishes, there will be no visitation or funeral service. A private family graveside committal service was held at Williamsburg Cemetery in Kitchener.

Condolences for the family may be arranged by contacting the Erb & Good Family Funeral Home, 171 King Street South, Waterloo, www.erbgood.com or 519-745-8445.

John’s family would like to extend their thanks to all the wonderful caregivers and nurses who attended to him and treated him with dignity and respect over the last eight months.

Share Your Memory of
John
Upload Your Memory View All Memories
Be the first to upload a memory!
Share A Memory