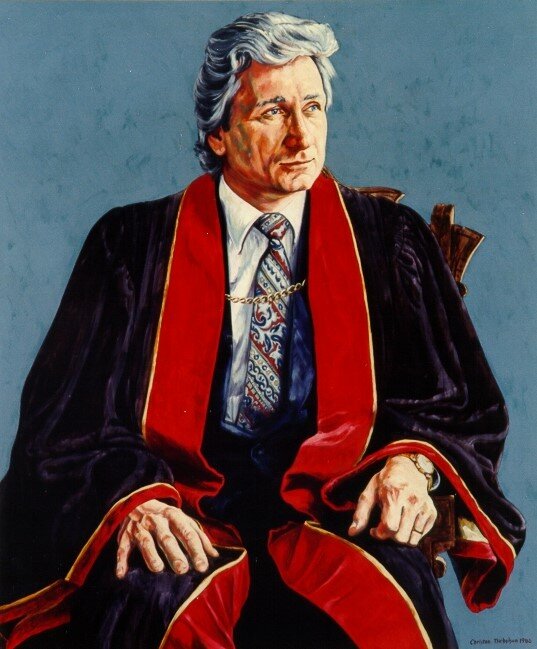 Make Donation
Share this Tribute:
Share Obituary:
Share Your Memory of
Dr. James
Upload Your Memory View All Memories
Be the first to upload a memory!

It is with profound sadness that we announce the passing of James Downey, O.C. on Wednesday, March 23, 2022, in Waterloo, Ontario.  He leaves behind the family he so adored - his wife of 57 years, Laura, his children Sarah (Manfred) and Geoffrey (Tanya), his grandchildren Augusta, Elise, Hannah and Joshua, his sister Edwina Giles and many nieces and nephews.

Born in Winterton, Newfoundland in 1939, Jim was the last child and only son of Ernest and Mimy Ann, following five older sisters.  They all knew from the time he was a young boy that he was gifted, smart and curious.  Most people born ‘around the bay’ worked in the fisheries.  He was lucky, however, that Premier Joey Smallwood offered scholarships to kids from outports to come to St. John’s to attend university.

His academic fire was lit, and he completed a BA, B. Ed. and M.A. at Memorial before getting a Rothermere fellowship to earn his PhD at the University of London (Birkbeck College) in 1966.

In 1996, his contribution to education was recognized when he was appointed to the Order of Canada, and he received countless honorary degrees from universities he dearly admired.

He was asked many times over the years how someone with a PhD in English literature who loved teaching ended up as a university administrator. He always shrugged and said, “I just wasn’t paying attention.”

In addition to this incredible career, he lived a life full of friendship and adventure.  He was a keen tennis player, avid reader, impressive orator, loyal pen pal and prolific writer.  We are fortunate to have so many family stories, letters, essays, books, recordings, and lessons that will keep his memory and keen wit with us for years to come.

In lieu of flowers, please consider a donation to the University of Waterloo or the University of New Brunswick which can be made through the Erb & Good Family Funeral Home, 171 King Street S., Waterloo, ON www.erbgood.com or 519-745-8445.