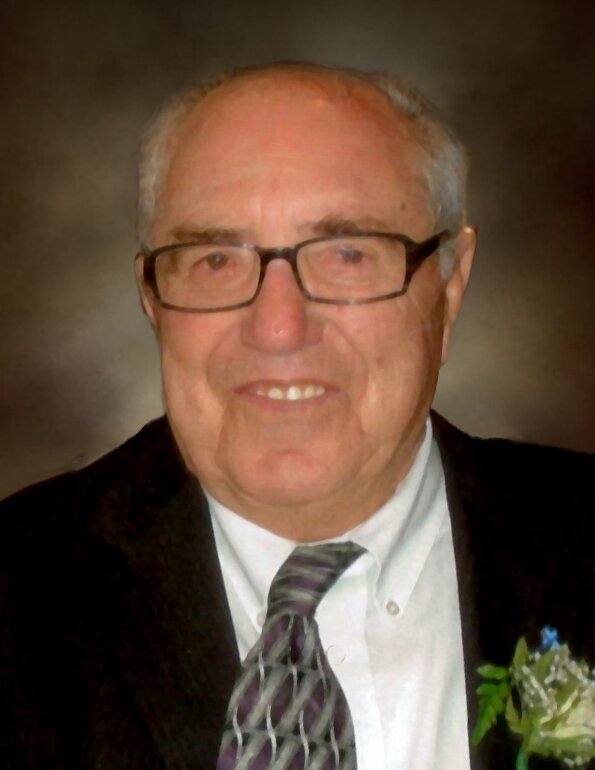 Harry passed away peacefully at Grand River Hospital on May 3, 2022, in his 97th year.

In June 1949 he married Betty Dietz of Wellesley and were married 72 years and still lived in the home he built in Kitchener.

Survived by sisters Jean Tuffin and Bonnie Henry.  Predeceased by his parents Henry and Susan Berlet, and his siblings Muriel, Bernice, Madeline, Gladys, and Gerald.  At the age of 18 Harry enlisted in the war and was with the Royal Canadian Engineers, afterwards joining the Army of Occupation.  He (aka Smiley) retired from the Waterloo County Board of Education after 32 years in Maintenance. After retirement, he embarked on a new carrier with Labour’s for Christ building and renovating churches.  He was a charter member of Grace Lutheran Church where he served on the council and sang in the choir.

Thank you to the Doctors and the 6th floor nurses at Grand River Hospital.  Visitation will be held at Erb & Good Family Funeral  Home, 171 King St. S., Waterloo on Monday May 9 from 2-4 & 7-9. A service will be held on Tuesday May 10, at Grace Lutheran Church, 136 Margaret Ave., Kitchener with a reception following immediately after.  Interment will take place at Memory Gardens, Breslau.  Expressions of sympathy can be made to the Grace Lutheran Building Fund or the Royal Canadian Legion Branch 50 in Kitchener.

Get Directions
Monday
9
May

Get Directions
Tuesday
10
May