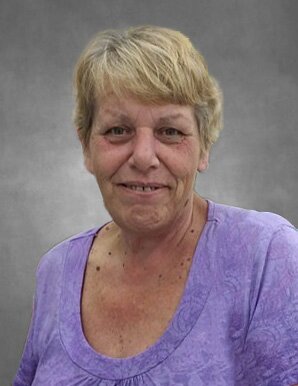 Passed away peacefully at Freeport Health Centre of Grand River Hospital, Kitchener on Saturday, May 7, 2022, at the age of 64.

Beloved and cherished mother of Jennifer and Adam Schalk.  Fondly remembered by her siblings Grant (Diane) Hendricks, Susan (Paul) Warren, and Sharon (Peter) Hyde. Will be missed by Zachary, her grandson and many nieces and nephews

Predeceased by her parents Arthur and Rosetta (nee Dorscht) Hendricks.

Mom grew up in KW. She went KCI and graduated. She would later meet Joe, Jen and Adam’s Dad. We moved place to place. Lived in Florida for a while. Came back to Canada and decided that it was time to move back to St Catharines,ON. While there purchased a home and raised the family. Later on in life, her and Joe would win a 1970 Dodge Challenger. The two of them would go to car shows and cruise nights around St Catharines. At a point after that, Joe would move to Calgary. Rosanne being alone decides to move in with Jen in 2013. Her and I would have the best road trips to random places. Like the one time, Jen would have taken Rosanne the car and they would end up in some random value village. One time, Jen won tickets to a NASCAR race. They would travel to Michigan.

Later in life, Rosanne took it easy and really enjoyed thrift shopping with Jen and spending as much time with Zachary as she could. Rosanne really appreciated her talks on Sunday with her brother. She always looked forward to that.

Special thanks to Grant and Diane for the support they have shown me. Dilys and Doug Miehm for being my second family. Jen’s friends Dana, Jen, Lauren,

The memorial service to celebrate Rosanne’s life will be held at the Erb & Good Family Funeral Home, 171 King St. S., Waterloo on Sunday, May 15, 2022 at 1 p.m. A reception will immediately follow the service in the Fireside Reception Room of the funeral home. Cremation will have taken place. A private family interment will be held at a later date.

Condolences for the family and donations to the Diabetes Canada may be arranged by contacting the funeral home at www.erbgood.com or 519-745-8445.