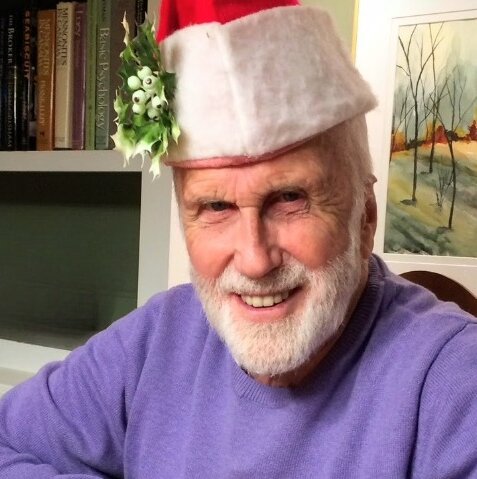 To view the livestreaming of Jim's Service Please Click Here.

Jim passed peacefully in his sleep, at home.

Dearly loved husband for 61 years to his childhood sweetheart Maureen, father of Ross and Neil and grandfather (Bampa) to Kirsty, Rachel, Tess and Jesse. Professor of International Business at Wilfrid Laurier (1985 - 2002).

Despite leaving Coatbridge High School with no formal qualifications, Jim achieved significant academic success. His first job was as a Clerk in the Town Office. This allowed him to attend Night School, from which he gained a basic professional qualification in Accountancy. It was with this that he was accepted as a Lecturer at Heriot Watt University, Edinburgh, still without a degree. His progress within the department and the topic were quickly recognized and rewarded with promotion and incredibly from this start, he was later awarded the prestigious Winston Churchill Fellowship, Carnegie, and Fulbright Scholarships. These supported and marked his travel and academic progression including his master’s degree.

Jim moved from his position of Senior Lecturer in Edinburgh to his career goal of Professor, beginning work at Wilfrid Laurier University, Waterloo, in 1985. He thoroughly enjoyed this role saying he principally loved teaching and that his students loved his teaching. Beyond Waterloo, he taught in many universities across the world, frequently twice, as they so appreciated his work. He worked in Brigham Young (Utah, USA); Curtin (Perth, Australia); Ecole Superieure (Rennes, France) as well as Moscow and Lenningrad in Russia. Through his career he published three academic textbooks and over 100 articles in peer reviewed, international journals. On retiring he gave away his entire library of books to his students leaving the University only with a large card and bottle of single malt whisky, a tribute to his skill, generosity and popularity.

As a youth in Scotland, Jim was a decent athlete and footballer, missing out on a career in the latter by choosing to woo his future wife on training nights instead. His athletic prowess pushed him into distance running as both a respite from the stresses of work and then as achievement in completing 8 marathons including London and New York. He loved golf, both in Edinburgh and then Galt, playing regularly and even winning more competitions than many can remember. Perhaps his eccentric putting stance was the cause of his back problems? One disappointment in his life was never scoring a hole in one, made slightly deeper when Maureen did so in 2006!

In his later years, Jim was a prolific reader and returned to his enjoyment of philately. Proud of being Scottish, he embodied the stereotypical slowness to warm to people but once established that friendship was set for life. He would tease with an entirely straight face causing many concern who missed that twinkle in his eye. He dearly loved his family. He leaves friends all around the world; some were colleagues, some were students, all were loved.

The Memorial service will be held at the Erb & Good Family Funeral Home, 171 King Street S., Waterloo on May 28, 2022, at 2:00. All those who are unable to attend in person are welcome to join virtually. A link for the service will be available at the top of Jim's obituary page on the funeral home website at www.erbgood.com.

Condolences for the family and donations to Sunnybrook Health Sciences Centre, or the Heart and Stroke Foundation may be arranged by contacting the funeral home at www.erbgood.com or 519-745-8445.