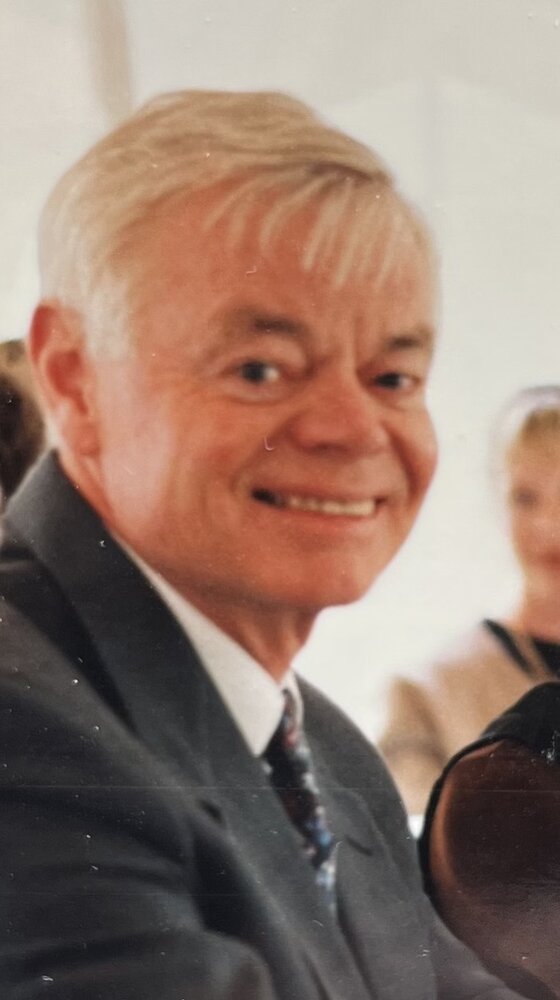 Make Donation
Share this Tribute:
Share Obituary:
Share Your Memory of
Dr. David
Upload Your Memory View All Memories
Be the first to upload a memory!

Passed away peacefully at KW Health Centre of Grand River Hospital, Kitchener on Sunday, May 22, 2022, at the age of 91. Beloved husband of the late Barbara (nee Whaley) Lawson. Loving father of Ted (Lisa), Rob (Sheila), and Ian (Kim). Cherished grandfather of Scott, Ben, Paris, Zach and Bryan. Will be fondly remembered by his sister Ruth. Predeceased by his parents Edward and Florence (nee Young) Lawson.

David was a skilled pilot, a cherished family physician and a wonderful husband and father who was deeply loved by his three sons. He was a model of integrity, generosity and ingenuity (he painted the roof of his indoor pool using an extended roller while balancing on a canoe). An energetic man, he hated sitting still and spent much of the last ten years gardening and managing his property in Conestogo. Even in his late 80s, he impressed neighbors with his vitality, digging up stumps and chopping down trees.

David grew up in the wake of the Depression on a farm in Huron County. They were challenging times, but he had a wonderful father who instilled in him a passion for reading and learning. Following the death of his father in 1944, David moved to Toronto to live with his aunts. Later, he attended the University of Western Ontario where he graduated with his MD in 1957. Around this time, he joined the Royal Canadian Air Force where he served as a doctor and fulfilled his passion for flying.

Following his service, he met and married his wife Barbara in 1962 and joined a family practice on King Street with Drs. Ballantyne, Austrup, and Shantz. Though he left family medicine in 1999, he continued to perform surgical assists until he was 83. He loved to travel and made his last overseas trip to Italy when he was 89.

We love you beyond words dad and are devastated by your passing but are happy you are finally free from pain.

At David’s request there will be no visitation and cremation will take place. Interment will be held at St. Matthew’s Lutheran Cemetery, Conestogo.

Condolences for the family and donations to the Canadian Cancer Society or the Heart and Stroke Foundation of Canada may be arranged through the Erb & Good Family Funeral Home, 171 King Street S. Waterloo at www.erbgood.com or 519-745-8445.