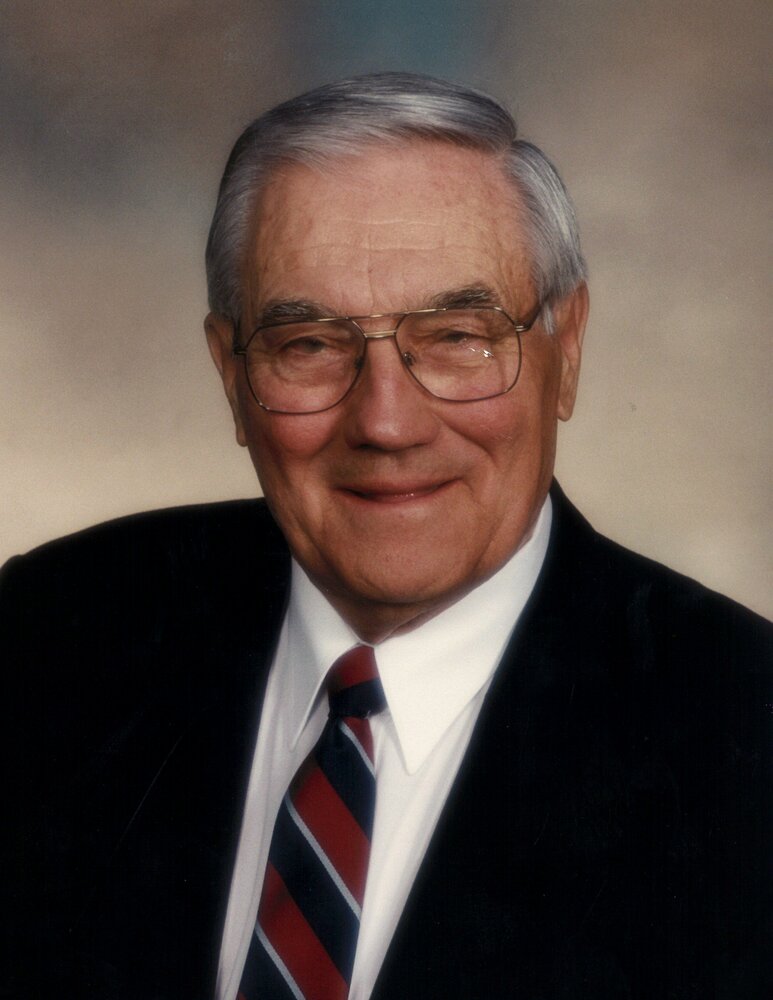 Make Donation
Share this Tribute:
Share Obituary:
Share Your Memory of
Frederick "Ted"
Upload Your Memory View All Memories
Be the first to upload a memory!

Two months short of his 100th birthday Ted passed away at Freeport Hospital, Kitchener on Sunday, September 11, 2022. Cherished husband and best friend of Marilyn (nee Hahn) with whom he celebrated forty-three years of marriage. Loving father of Andrea of Kitchener and Ian (Susan) of Cambridge. Ted is also survived by his grandson Kyle (Alyssa) and two great grandchildren, Owen and Emma. Lovingly remembered by brothers and sisters-in-law, Sheldon and Jessie Hahn, Laurie Hahn and Carolyn and Brian Vaughan. Uncle Ted is also fondly remembered by many nieces and nephews and great nieces and nephews.

Ted was born in Stratford, Ontario on November 22, 1922, the eldest son of the late Frederick J and Margaret (Easson) Heimrich.  He is predeceased by his two brothers Donald “Don” (Ann) and Carl.

Ted graduated as an electrical engineer from the University of Toronto. He was employed for forty years as an engineer with the Bell Telephone Co. of Canada and was located in Stratford, Chatham, Toronto, Montreal and Kitchener-Waterloo.

During World War II he proudly served in the RCAF as a communication technician from 1942-1946.

Ted had a long association with the YMCA, serving on the Board of Directors in both Lachine, Quebec and Kitchener-Waterloo. Until mid-age he played on and coached competitive volleyball teams at the Y.

After retirement Ted enjoyed many golfing vacations with Marilyn in Bermuda. He was also an avid reader and collector of aviation books.

Many thanks to his many compassionate caregivers, especially Aimee, Sonya and Yoko.

Relatives and friends are invited to share their memories of Ted during visitation at the Erb & Good Family Funeral Home, 171 King St. S., Waterloo on Friday, September 16, 2022 from 2 p.m.to 4 p.m. and 7 p.m. to 9 p.m. The funeral service will be held in the chapel of the funeral home on Saturday, September 17, 2022 at 11 a.m. A reception will immediately follow the service in the Fireside Reception Room. Interment to follow at the Reformed Mennonite Cemetery, New Hamburg.

As expressions of sympathy, condolences for the family and donations to Kitchener – Waterloo YMCA may be arranged by contacting the funeral home at www.erbgood.com or 519-745-8445.