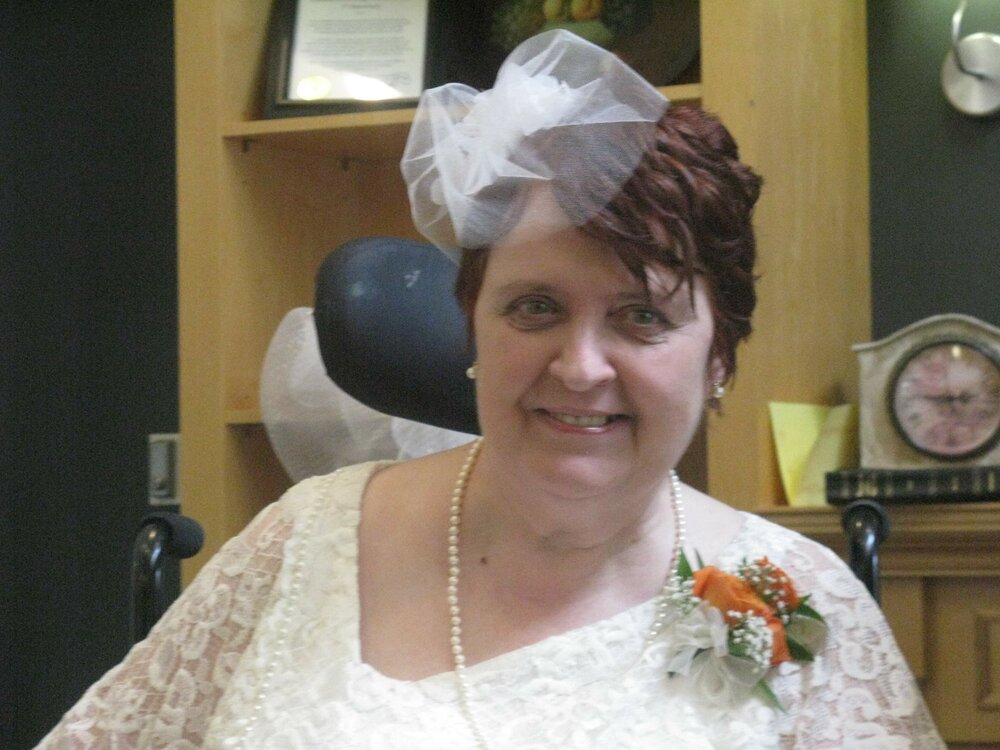 After a long courageous battle with Multiple Sclerosis, our beloved mother, wife, grandmother, sister and friend, Donna passed away in her home at the age of 69.

Donna was born to Earl and Eva Bowman on July 26, 1953 at St. Mary’s Hospital in Kitchener, Ontario. Raised in Elmira, Ontario, Donna was a shy and bright child who loved her family, friends and school. She was first married to Michel Lemieux in 1970 and together raised 4 children across Canada- living in St. Jacobs, Calgary, Elmira, Orleans and Gatineau before finally coming back home to Waterloo in 1992.

Donna met her second husband Tim in 2009 and the two married in 2012. Tim and Donna were very close and had a special bond no one could match. Both her and Tim would spend much of their time together.

Coming into long term care at the young age of 49, Donna became an advocate for herself and the residents.  She helped plan activities and built strong bonds with the residents and staff over the last 20 years.  They became her second family.

Donna will be remembered for her strong love of family and her positivity for life. She was proud of her four children and seven grandchildren and was happiest with family around. As a stay-at-home mother, she loved being there for every moment of her children’s lives.

She was also a proud supporter of the MS Society of Canada, participating in their yearly Supercities Walk For MS to raise money for MS Research.  She also had a love of music, movies, participating in games and attending events like Bluesfest, Jazzfest and Cruise on King in Kitchener.

Mom, we hope you are dancing in heaven to ABBA, Beach Boys and Brian Adams Summer of 69, finally free of your wheelchair. Say Hi to Grandma and Grandpa for all of us, you will forever be in our hearts.  We will love you always.

In lieu of flowers and in memory of Donna, donations can be made to the MS Society of Canada.