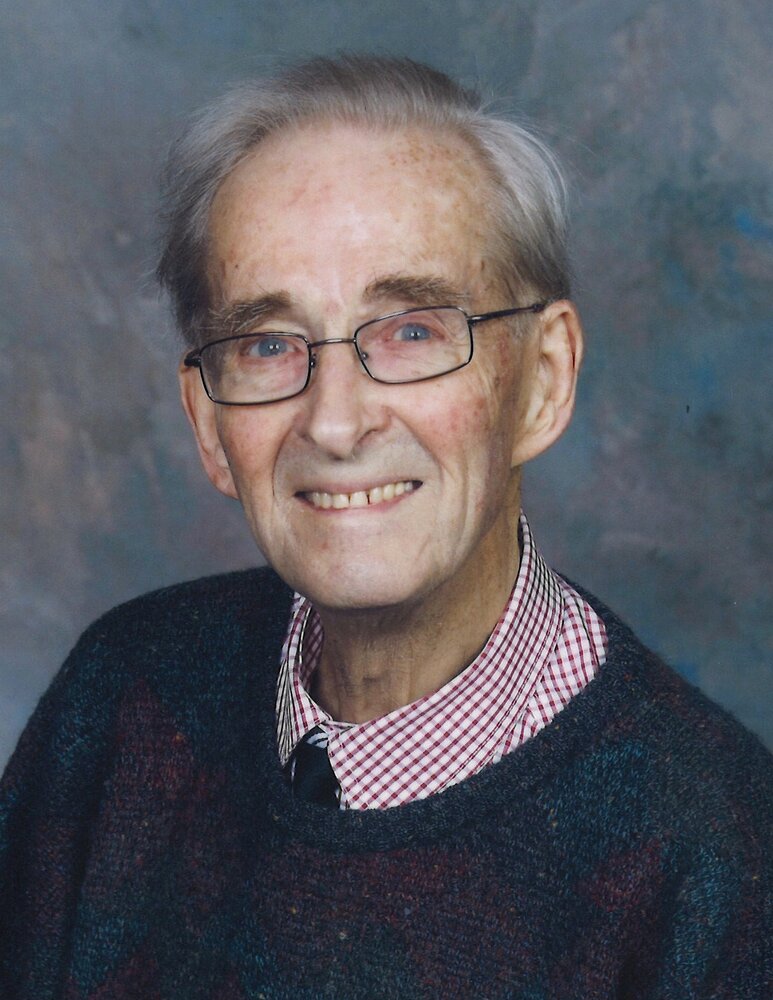 To view the livestream of the service, please CLICK HERE

Born in London, England and died peacefully in Waterloo, Ontario, age 90 with family by his side.

Much of Andrew's early years were spent during the war. He travelled with his parents and two brothers to North America on state business during that time.

Andrew spent most of his youth in England, attended Harrow and Cambridge, and earned a Masters in Mathematics. In the late 1940's he was commissioned into the British Army and served in post war Europe. After that he followed his father's footsteps into the insurance industry and qualified as an actuary. Andrew had a rewarding career and was a lead in computerizing Prudential Assurance, working in APL and COBOL in the early 1970's.

He and Inga married September 1, 1956 and moved to Montreal in 1958. He is survived by his four children: Alex, Caroline (Brian), James (Yvonne), Amanda. His three grandsons are Andrew (Crystal), James and Luke (Brianne), and two step grandsons, Matt and Adrian (Julia). Predeceased by his wife, Inga, parents Katharine and George, and brothers Tim and Simon.

A constant in his life was choral singing, in schools, community and church choirs. He volunteered many hours at The Church of St John the Evangelist (Anglican) and diocese as well as many other organizations.

Cremation will take place.  A memorial service will be held at Church of St. John the Evangelist (Anglican), 23 Water Street North, Kitchener, on Thursday, November 3, 2022 at 10 a.m., with Rev. Dr. Preston DS Parsons officiating. A reception will immediately follow the service in the Upper Hall of the church. The service will be live-streamed and available to view on the funeral home’s website.

In lieu of flowers, condolences to the family and donations to St. John Memorial Garden or  Church of St John the Evangelist (Anglican) may be arranged through Erb & Good Family Funeral Home, 171 King Street South, Waterloo, N2J 1P7, at www.erbgood.com or 519-745-8445.

The service will be live-streamed and available to view on the funeral home’s website.

Share Your Memory of
Andrew
Upload Your Memory View All Memories
Be the first to upload a memory!
Share A Memory