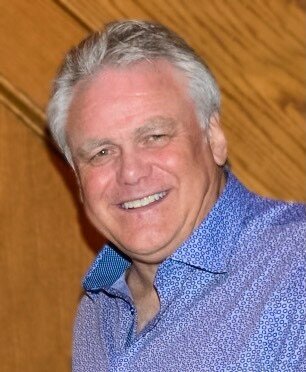 Mike passed away peacefully on Tuesday, November 29th, 2022 at the age of 66, after a year-long battle with cancer.

Born and raised in Kitchener-Waterloo, Mike was an avid hockey player since the age of 5. His goaltending career began with the Waterloo Siskins and the Guelph Platers (Biltmore), followed by Ohio State University (1977-1981).  This led him to his career highlight, playing for the Los Angeles Kings (1981-1984). In 1982, Mike infamously let in Wayne Gretzky’s record breaking 92nd goal, for which his picture is in the Hockey Hall of Fame.

After his hockey career, Mike pivoted to radio sales, where across 20 years he worked for CJOY, CHYM FM and the FAN 590. He then co-owned Don’s Produce, a local company, with his brother Gerry.

Mike led an active lifestyle.  He enjoyed cycling, playing softball, teeing off at Westmount Golf & Country Club, and golf and fishing trips with friends, including Mike Yosurack and Kenny Brown.

Mike and his wife Janice loved to travel, and visited their children around the world in Banff, Ireland, New Zealand and Boston. Mike was extremely proud and supportive of his three children in their pursuits in their respective careers Meagan (MBA, Human Resources); Dr. Christopher Blake (MD); and Dr. Natalie Blake (DC).

Mike will be profoundly missed by family, friends and all who were able to cross paths with him and his extreme generosity and kindness.

Donations in memory of Mike may be made to either Sick Kids Foundation or Grand River Hospital Foundation - Grand River Regional Cancer Centre and may be arranged through the Erb & Good Family Funeral Home, 171 King Street S. Waterloo at www.erbgood.com

Mike and family want to extend their appreciation to the teams at Grand River Regional Cancer Centre and Hospice Waterloo Region for their extraordinary care over the last year.

Share Your Memory of
Michael
Upload Your Memory View All Memories
Be the first to upload a memory!
Share A Memory