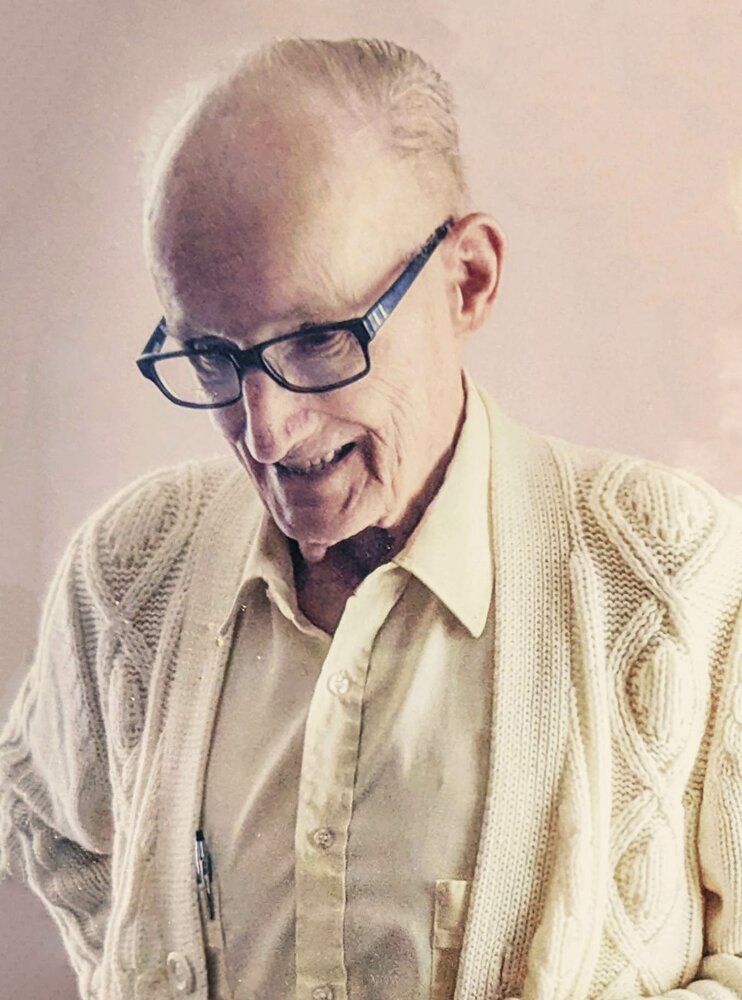 Passed away peacefully at Sunnyside Home, Kitchener on Monday December 12, 2022, at the age of 98 years, with his wife at his side.

Predeceased by his brother and sisters and their spouses. Also, by three sons, Ron, Rick and Dan, grandson, Ken Graham, son-in-law John Deamer. Art leaves behind many grandchildren, great grandchildren, and some great greats. He will also be deeply missed by numerous nieces, nephews, and their families.

He was fondly referred to as ‘Art’ by his co-workers, and ‘Sonny’ in his hockey and baseball years before family. He was a J.M. Schneider retiree with many friends in their poultry procurement division. Before Schneider's he drove cab, had a country beer route, which easily converted to the first West Side Dairy country route when Blue Top Brewery closed its doors.  Whatever it took to put a roof over our heads and food on the table.

Dad spent many hours fishing once he discovered the advantages of having a boat.  He was often found every week for many years playing cards at both the St. Agatha and St. Clements community center.  Art and Pauline would then cherish retirement and spent many winters in Homosassa Springs, Florida. He was also a long-time member of St. Clements R.C. Church.

Special thanks to all the staff at Sunnyside that doted on Dad and were there for his every want and need.

Condolences for the family and donations in lieu of flowers may be made to the Sunnyside Foundation through the funeral home at www.erbgood.com

Share Your Memory of
Arthur
Upload Your Memory View All Memories
Be the first to upload a memory!
Share A Memory