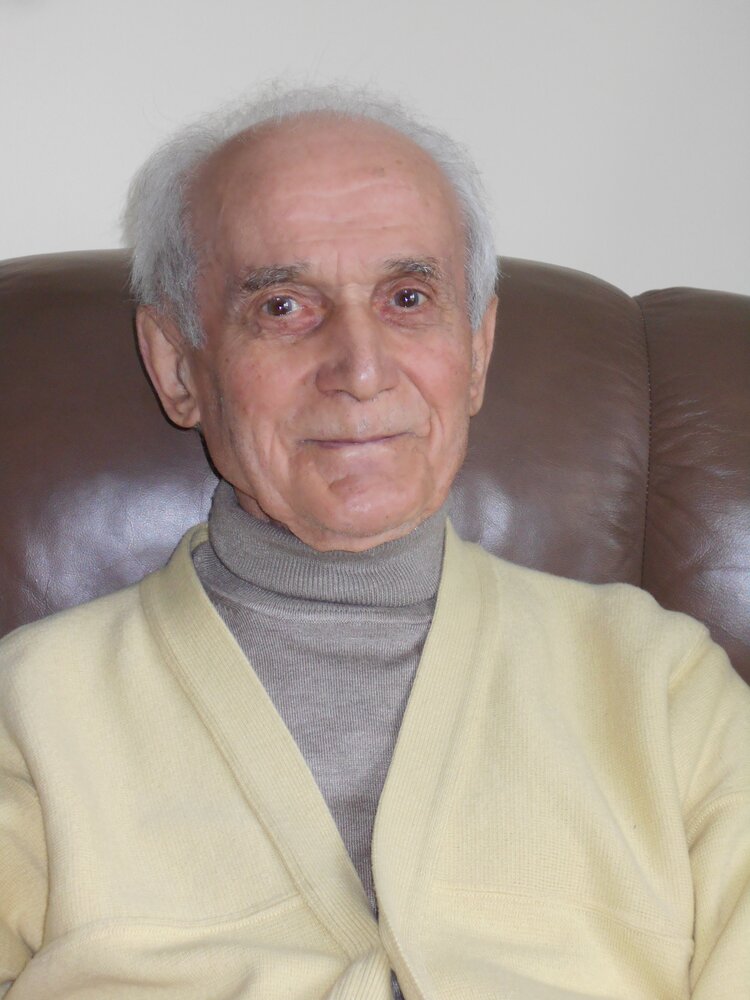 Harry passed away peacefully, surrounded by family on December 14, 2022, at the age of 90.  He is survived by his wife of 62 years, Anna (nee Lee), son Paul (Joy) and their daughter Julia, of Kitchener.

Harry was predeceased by daughter Susan Seibold.  He is survived by Ulrich Seibold of Germany and grandson Daniel, with whom he had a close relationship despite living far apart.

Harry is survived by brother Victor Harms (Rene) of Chilliwack and Alvin Harms (Elizabeth) of Saskatchewan.  Harry will be especially missed by nieces Lorraine and Carolyn of Chilliwack and Sharon (Earl) of (Edmonton) and their families.

Harry will also be missed by brother-in-law Nam Young Lee (Dan Hong) of Connecticut and nephew Peter (Josephine) and their children Jenna & Ben, and nephew Mark.

In 1954 Harry served in Daegu, South Korea for three years as the first Canadian PAX volunteer for MCC, helping war-ravaged refugees, distributing food, clothing, and supplies throughout Daegu and nearby villages in Kyoung Sang Buk Province.

Harry attained a B.A. degree from WLU and attended Stratford Teacher’s College.  He taught for several years in elementary and senior public schools, and “shop” classes at high school.  Due to asthma, Harry pursued other occupations.

Harry was a humble, quiet, caring person who helped others in need. His hobbies included gardening, sailing, and spending time in his workshop. Harry was skilled at fixing things and renovating.

The family extends appreciation for the support from Waterloo North Mennonite Church, friends, neighbors, and staff at Lanark Heights.

A Memorial Service will be held in the Chapel of the Erb & Good Family Funeral Home, 171 King Street S., Waterloo on Saturday, January 21, 2023, at 11:00 a.m. with a reception to follow in the Fireside Room.  A livestream of the service will be available on Harry’s obituary page of the funeral home website.

Condolences for the family and donations to MCC Thrift on Kent may be arranged at www.erbgood.com.