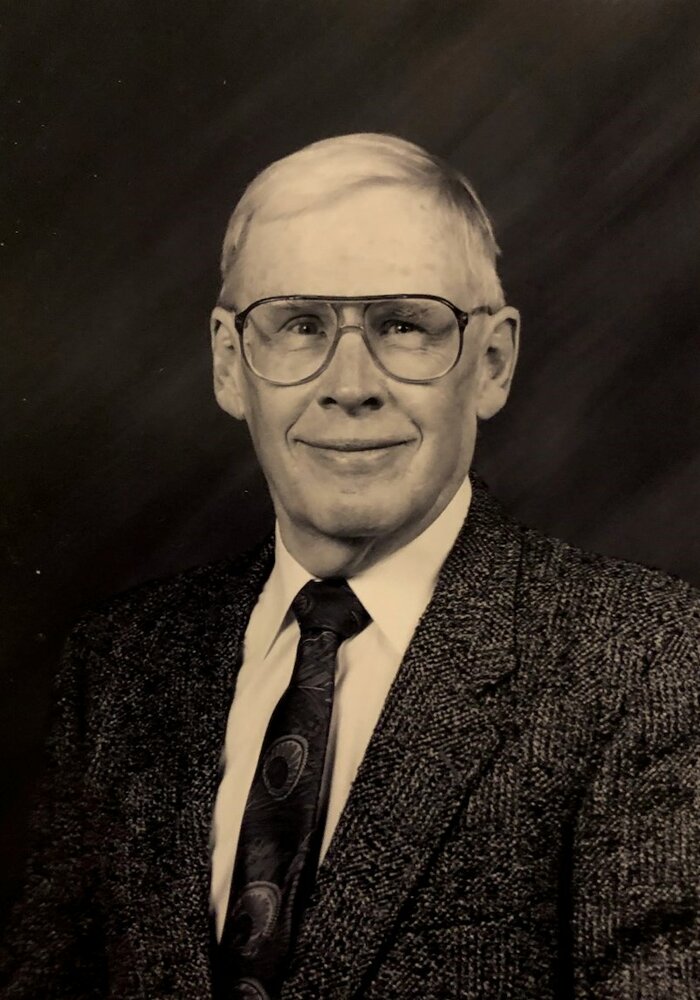 Born in Stratford, November 5, 1931, Chris was educated at the University of Western Ontario, and continued to earn an MA in linguistics from the Institute of Education, University of London, UK.  Chris became a much beloved high school English teacher, first at Dundas District and then Forest Heights Collegiate in Kitchener, where he settled permanently.

Chris enjoyed many rich and comfortable years at Terrace on the Square, a retirement home in Waterloo. Thanks to the various staff in the Chartwell system who appreciated his gracious temperament and tenacious desire to maintain his autonomy.

There will be no funeral. Following cremation, at his request, Chris's ashes will be spread during the recitation of his favourite of Shakespeare's sonnets. Memorial donations in his name may be made to the Stratford Festival, in which all of the Lightbourns were involved in its earliest years, including Chris, who worked at one time as House Manager for the Avon Theatre. Condolences and donations may be arranged at www.erbgood.com.

"Like as the waves make towards the pebbled shore,

So do our minutes hasten to their end."
- Sonnet 60, William Shakespeare