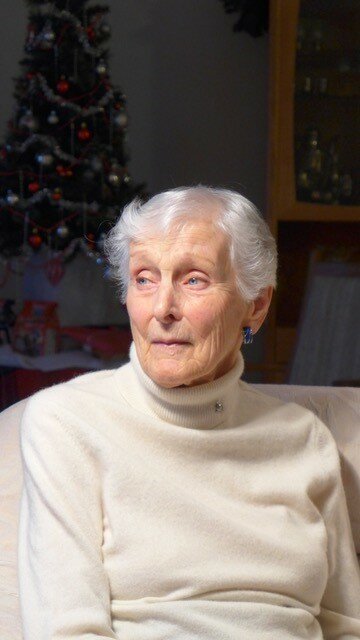 Born July 18, 1923, in Saskatchewan, Grace spent her childhood and youth in southern Alberta and moved to Ottawa in 1942 to contribute to the war effort. There she met and married Ted, and the couple settled in Kitchener where she resided until her death. Grace will be fondly remembered as an energetic guide to her children and grandchildren, a voracious reader, a passionate gardener and enthusiastic traveller. Her family's affection accompanies her on this last immense voyage.

Condolences for the family and donations in lieu of flowers to the Anselma House Women's Crisis Center in Waterloo can be arranged through www.ebgood.com.