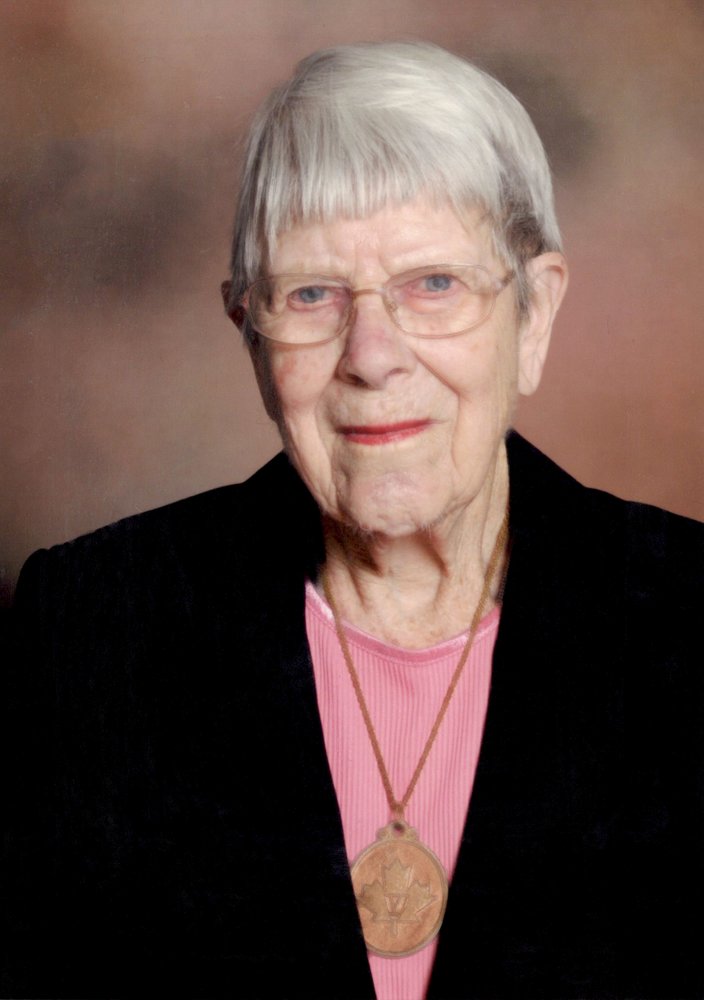 Reception to follow the service in the Fireside Reception room of the funeral home.

Helen Marie Nethercott, of Waterloo, died peacefully at Innisfree Hospice June 27, 2019.  She was in her 98th year.

Helen was born Jan 23, 1922, and grew up on a farm near St Marys, Ontario.  She had 3 brothers, Lloyd, Gordon and Bill, and 2 sisters, Ethel Johnston and Lois Taylor. All predeceased. She is survived by sisters-in-law Eileen, Helen Maclean-Nethercott, and Joyce.  She will be missed by many nieces and nephews.

She worked for BF Goodrich in Information Technology for over 40 years.   Her career progressed through technical roles from machine operator to business systems programming. She retired at age 68.

Helen was an avid sportsperson. Her favourite sports were badminton and tennis, but she also played basketball, hockey, softball, volleyball and bowling at various times.

In the early 1950s, she organized and played for a women's basketball team that won two Ontario titles and two seconds at the Canadian level. In her seventies and eighties, she competed in Ontario, Canadian and American senior/masters’ badminton championships, where she won many medals and sportsmanship awards. She retired from competitive sports in 2010 but continued to play until she was 90.

Helen frequently volunteered throughout her life.  In 1970 she was awarded a life membership at the Waterloo Tennis Club for her extensive volunteer work for the club. Later, the club lounge was named in her honour.

In 2014, she was inducted into the Waterloo Regional Museum Hall of Fame for her lifetime achievements in sport.

Friends are invited to share their memories of Helen with her family during memorial visitation at the Erb & Good Family Funeral Home, 171 King St. S., Waterloo, on Saturday, July 13, 2019 from 1:00 – 1:45 p.m. A Memorial service will be held at 2:00 p.m. in the chapel of the funeral home. Reception to follow.

Condolences for the family and donations to Community Support Connections (Meals on Wheels) may be arranged through the funeral home at www.erbgood.com or 519-745-8445.

Share Your Memory of
Helen
Upload Your Memory View All Memories
Be the first to upload a memory!