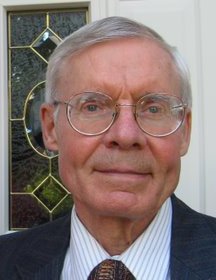 Paul-Eugène Dion, the only child of Omer Dion and Cécile Rouleau, was born in Québec City on September 28, 1934.

After secondary studies at the venerable Petit Séminaire, he joined the Dominican order, was educated at the Dominican house of studies in Ottawa and ordained to the priesthood in 1959. In 1961 he was sent to the École Biblique et Archéologique Française in Jerusalem, where he benefited from the teaching of Pères Roland de Vaux, Pierre Benoît, and their learned colleagues; he visited Jordan, Israel, Lebanon, Syria and Turkey.

In 1963 Paul returned to his alma mater in Ottawa, where he taught biblical and theological subjects. In 1970, he was allowed to study at the University of Toronto and obtained a Ph.D. in Near Eastern Studies (1973), with a dissertation on an Old Aramaic dialect. In 1980, after teaching in Ottawa some more years, Paul returned to U. of T. and his former Department, to teach the history of ancient Israel, and conduct seminars on Deuteronomy, Second Isaiah, and Job.

In 1982 Paul married the archaeologist Michèle Daviau, who was soon to dedicate her career to the antiquities of Jordan, while Paul’s position enabled him to research and publish numerous essays on the Old Testament, the Aramaeans, and other nations surrounding ancient Israel, culminating in Les Araméens à l’âge du Fer (Paris: Gabalda, 1997).

Retiring in the year 2,000, Paul moved to Waterloo, Ontario, keeping a strong interest in the ancient Near East, especially Syria and Jordan.

In 2004, unfortunately, a minor stroke, followed by more illnesses, soon put an end to his academic pursuits. With the still very active Michèle, he enjoyed the peace of Luther Village on the Park, in the heart of Waterloo. Paul passed away peacefully on August 3, 2019.

Memorial Service will be held at Luther Village On the Park (Main Building), 139 Father David Bauer Drive, Waterloo on Friday, August 9, 2019 at 11am.  In memory of Paul, donations to Doctors Without Borders, Amnesty International or OXFAM Canada would be appreciated and can be arranged through the Erb & Good Family Funeral Home, 171 King Street S., Waterloo www.erbgood.com or 519-745-8445.

To send flowers to the family or plant a tree in memory of Paul-Eugène Dion, please visit Tribute Store
Print
Friday
9
August