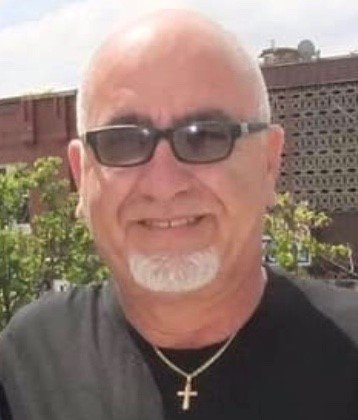 ROGER LeBLANC, September 10, 1950 - August 29, 2019 “Rogers wishes for friends and family going forward is that in life You never have too much, and you never have too little; you have just enough. One day at a time.”

Roger passed away peacefully at Innisfree House, in Kitchener after a courageous battle with cancer.

Roger is predeceased by his Mother, Melida LeBlanc nee Boucher, his sister Sylvia and brother-in-law Bert Gingrich and his brother Mel and sister-in-law Jackie LeBlanc.

Roger is survived by his loving partner Gayle Montagano, of 27 years. They shared a life of love and happiness.

Roger will be missed by his grandchildren, Elizabeth, Jesse, Robert, Cole and Evan; his great-grandchildren, Anthony, Jordan and Wesley; loving nieces, nephews and other relatives of Gayle’s family.

Roger was born in Minto, New Brunswick. He moved to Toronto as a teen then lived in other cities before settling in KW.  Roger was a proud member of AA for 44 years. During that time he dedicated many hours to countless people.  Roger led countless groups along the way. He was selfless when establishing many groups and centres. Roger lived his life to the fullest, and had a huge heart.  He made it his life’s mission to help others with their various addictions.

Roger enjoyed the simple things life has to offer, such as going to the movies, reading with Gayle while sitting in Victoria Park and spending time with his family.

Roger never liked being the center of attention and per his wishes there will be no services. Those who knew Roger know he hated being fussed over and would rather give than receive.  In lieu of funeral services, and to honor Roger's character, we ask that all who wish to participate make a donation to the Canadian Liver Foundation or the Canadian Cancer Society.  Donations may be arranged by contacting the funeral home at www.erbgood.com or 519-745-8445.