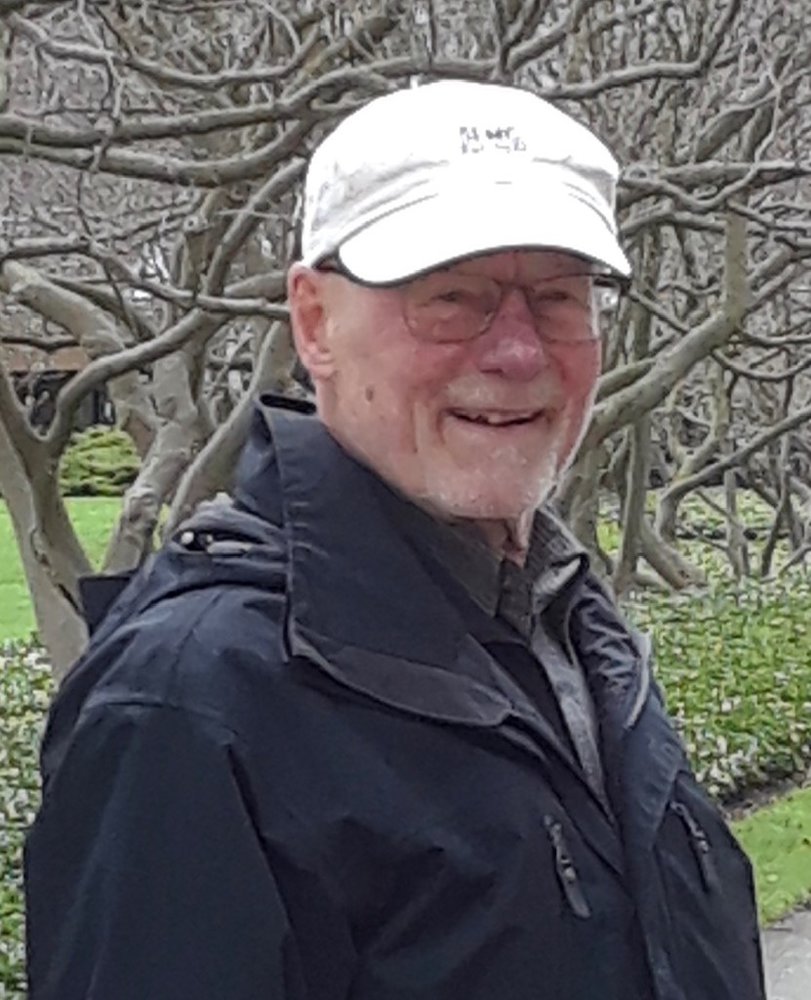 Henry Pauls was born in rural Saskatchewan. His birth certificate identifies the location as Sec.21, Tp39, W3rd, SK. He died peacefully in his Waterloo home, according to his wishes in the presence of Nancy, Steffen and Joanna.

He is survived by his loving wife Nancy Anne (Litwiller) Pauls, and their two children, Steffen (Barbara Burkholder) and Joanna (Andrew Weinacht). Four grandchildren will dearly miss their grandfather: Emma and Naomi Burkholder Pauls and Tyler and Micah Pauls Cowell. He is fondly remembered by five siblings Elfrieda Snow (Reginald), Rudy (Elizabeth), Walter (Margaret), Werner (Linda) and Rita Sims (Greg) and many nieces and nephews. He was predeceased by his parents Henry B. Pauls and Sara (Hildebrand) Pauls.

His life took many twists and turns, beginning on a homestead farm in a birch log house with no electricity, phone or running water. He rode his horse to a one room schoolhouse, collecting gopher tails for the government bounty of one penny each. Henry had happy memories of his early family life surrounded by nature.

At age 12 Henry’s family moved to join other relatives in Leamington, Ontario. There he attended the local Mennonite highschool (UMEI) and worked on the family tomato farm as well as other local farms. Higher education was encouraged, so he continued his studies at the Ontario Agricultural College (University of Guelph), graduating with a Bachelor of Science degree in 1963.

While still at college, Henry met Nancy who was a student nurse at the Hamilton General Hospital School of Nursing. Several serendipitous meetings, including at the 1963 Mariposa Folk Festival in Orillia, led to a brief courtship and marriage in 1965.

After graduation, Henry began a 31-year career with the Ontario Ministry of Agriculture and Food in Toronto. Most of his career with OMAF was as a manager of Domestic and International Marketing. Henry led many trade missions taking him to 55 different countries and across the Atlantic Ocean more than 80 times. In 1968, Henry was posted to Ontario House, London U.K., for a four year term. It was a life-enriching, world-expanding experience for the family, including significant relationships developed in the Weybridge community where they lived. Henry often reflected on how dramatically his life had changed from the backwoods of Saskatchewan to a career of international travel.

Back in Toronto, Henry and family enjoyed 21 wonderful years living on the edge of Sherwood Park with the Dycks and the Heinrichs, their ‘Sherwood Family’. During this time, Henry’s faith community centred around Toronto United Mennonite Church where he served on various committees, including a term as TUMC Church Board Chair. Henry treasured the many significant and long-lasting friendships which grew during this time.

Taking early retirement in 1994, Henry and Nancy moved to a beautiful log house property on the banks of the Grand River near Elora.  With lots of energy and dedication, Henry took on two significant part-time jobs as Administrator of Silver Lake Mennonite Camp and ReStore Coordinator with Habitat for Humanity Canada. Even after these jobs concluded at age 70, he continued to volunteer regularly at Silver Lake, Habitat for Humanity Builds and with the salvage crew, and at MCC Thrift on Kent.

In 2003, Henry and Nancy moved to a heritage home in Uptown Waterloo. This home became the hub for treasured times with family and friends. For the last 26 years, Waterloo North Mennonite Church has been their church home. Here, once again, Henry served in a variety of committee and leadership roles.

Over his life Henry rarely sat idle, having great passion for many hobbies. He loved physical activities such as running, canoe tripping, skiing, road biking and gardening. Sharing his adventurous spirit and love of the outdoors with his kids and grandkids was always a priority. He was also a skilled and artistic woodworker and enjoyed sharing his handcrafted gifts with many family and friends. Henry also enjoyed many enriching concerts and travel with Nancy.

Henry will be remembered by his family, friends and colleagues as a gentle and kind man. He was steady and reliable, caring and calm, hardworking and humble, curious and adventurous. Henry accepted his two year cancer journey with hope and grace. He loved and was loved by many.

Early evening on the day of his death, Henry’s family gathered to have a private service in the garden. Cremation will follow and a public memorial service will be held when Henry’s community is able to gather.

The family wishes to thank Henry's medical team at the WRCC, in particular Dr. Mithoowani and his team, the Chemo Suite and 6th Floor Oncology staff, and in the community, our gratitude for all the kind Palliative Home Care service provided.  Lastly, our sincere gratitude to our friends, family and church community, who have supported us in so many ways.

Condolences for the family and donations to Silver Lake Mennonite Camp may be arranged through the Erb & Good Family Funeral Home, 171 King Street S., Waterloo at www.erbgood.com or 519-745-8445.

Services for Henry Pauls
There are no events scheduled. You can still show your support by sending flowers directly to the family, or planting a memorial tree in memory of Henry Pauls.
Visit the Tribute Store

Share Your Memory of
Henry
Upload Your Memory View All Memories
Be the first to upload a memory!
Share A Memory
Send Flowers