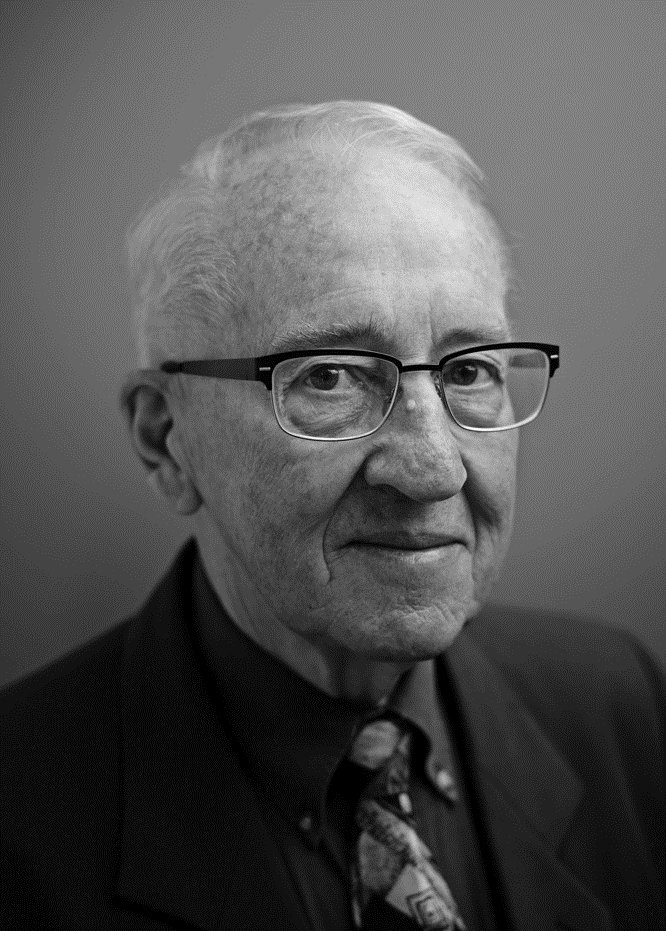 To participate in the livestream of Ralph's service,

Predeceased by his wife of 53 years, Rose, and his brother Ernie Haas and sister Linda Haas.

Ralph was the highly respected Norman W. McLeod Engineering Professor and Distinguished Professor Emeritus of Civil and Environmental Engineering at the University of Waterloo. He was known in the engineering world as “the father of pavement asset management”.

His pioneering concepts and technologies have resulted in better-performing, safer and less costly road networks. The author of 12 books and numerous technical articles on pavement and infrastructure asset management, he was also an educator whose students have become leaders in transportation agencies, consultancies and universities. Ralph was a member of the Order of Canada and the Engineering Institute of Canada, fellow of the Royal Society of Canada, fellow of the Canadian Academy of Engineering, and recipient of the Queen's Golden Jubilee and Diamond Jubilee medals. He also received the University of Alberta Distinguished Alumni award.

The University of Waterloo officially named, “The Ralph Haas Infrastructure and Sensing Analysis Laboratory” in his honour in 2014. That same year he received the US National Academies Transportation Research Board’s (TRB’s) highest honour, the Roy W. Crum Award for Outstanding Achievement in Transportation Research. It was during his 50th uninterrupted year of attending TRB in Washington, DC, that he received this award. While it is hard to believe that such an attendance record could be exceeded, in 55 years, he also never missed a set of TAC spring technical meetings or an annual conference.

Born in a log cabin in northwestern Alberta near the isolated hamlet of Dixonville in 1933, he grew up on a recently cleared farm where hard work was not an option. He attended school with six grades crowded into a one room schoolhouse. He graduated high school at the age of 16 and went to work on road survey crews for the provincial Alberta Highways department. He recalled living in isolated work camps and noticing an increasing number of young university trained engineers arriving in the camps. This started the realization that there was a limit to what you could do as a high school graduate. After eight and a half years of working he made the decision to attend the University of Alberta in the civil engineering program. The rest is history.

Perhaps the years of road inspection led to his desire to pound that same pavement as a long distance runner. He once said that running with his buddies was a great chance to gossip and tell lies and talk about anything under the sun. He completed numerous marathons and ultra- marathons over the years and lived for that runner’s high. He also enjoyed a beer or two. Ralph loved the benefits of getting outside to enjoy the changing seasons, see the wildlife and meet people from around the world. He learned how to piggyback famous runs with business trips. While co-chairing the TRB Fourth International Conference in Durban South Africa he took part in the Comrades ultra-marathon. For 87.3 km, he joined 15,000 runners going from Durban to Pietermaritzburg where Nelson Mandela presented awards to the winners.

His opportunities to travel the world while consulting with international organizations and governments led to a love of adventure and absorbing new experiences. With wife Rose by his side and later his partner Brenda he saw every continent and a vast number of the countries on each of those. He racked up many millions of air miles and was a master travel planner. In the last few years, he hiked up Machu Picchu in Peru, floated up the Mekong Delta in Vietnam, and drove the periphery of Iceland with Brenda.

Even though he travelled 200 km above the Arctic Circle to Inuvik and to the southernmost tip of South America Tierra Del Fuego, one of his favourite places was his home and the condo pool, where he could spend time with close friends and family. He was a kind, considerate, immensely patient and compassionate human being who lived a full life and could be proud of all he did and how much he meant to all who knew him. His extended global family of friends, former colleagues and graduate students, and immediate family all loved him dearly.

His children and grandchildren loved hearing about every second of Ralph’s rich and varied life. His lived legacy and words to them were, simply “Every day counts, so learn to be flexible, charitable, understanding and just work hard at being a good citizen of your community and your country”. We love you dad!

Special thanks to the First Responders who were there and helped dad to the end, as well as the emergency room doctors, nurses and Chaplain at the Grand River Hospital.

Due to COVID – 19 restrictions a private memorial service will be held at the Erb & Good Family Funeral Home, 171 King Street S., Waterloo. Relatives and friends may join the family in the livestream of Ralph’s service at www.erbgood.com on Saturday, June 27, 2020 at 1:00pm.

Condolences for the family and donations to Engineers Without Borders or the Grand River Hospital Foundation would be appreciated and may be arranged through the funeral home www.erbgood.com or 519-745-8445.

Due to COVID – 19 restrictions a private memorial service will be held at the Erb & Good Family Funeral Home, 171 King Street S., Waterloo. Relatives and friends may join the family in the livestream of Ralph’s service at www.erbgood.com on Saturday, June 27, 2020 at 1:00pm.

Share Your Memory of
Ralph
Upload Your Memory View All Memories
Be the first to upload a memory!
Share A Memory
Send Flowers