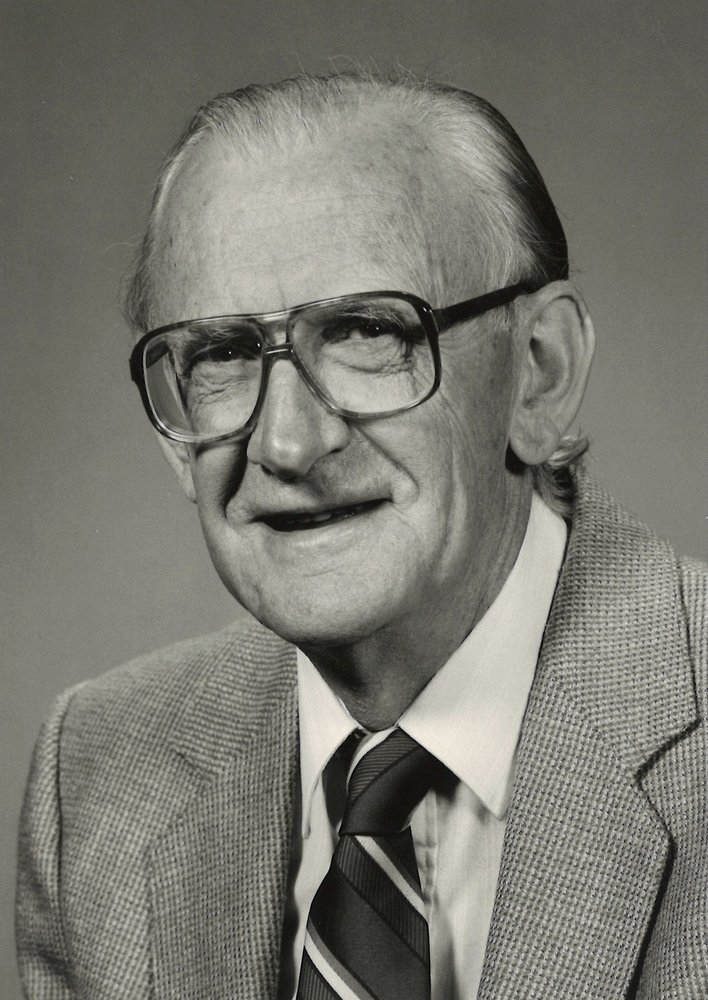 To participate in the livestream of George's service, please click here.

George was born in Auburndale, Nova Scotia on April 17, 1928. His education started in a one room country school and continued at Bridgewater High School. He paid his way through Dalhousie University in Halifax by taking odd jobs and obtained a B.A. in 1952 and an M.A. in 1954. Unable to pursue his studies in his first loves of theology and philosophy because of a lack of money, he turned his attention to mathematics where fellowships and scholarships were available. He taught undergraduate mathematics at Victoria College and the University of British Columbia while he pursued studies for the doctorate and obtained his PhD in 1958.

After graduation, he joined the Department of Mathematics and Statistics at the University of Western Ontario in 1959 and moved to the fledging University of Waterloo in 1963 where he was promoted to Professor and held many different positions including Department Chairman and Dean of Graduate Studies.

In later years he became interested in genealogy and with the help of other family members traced his ancestry back to Conrad Grass from Switzerland and all his other great-great-great grandparents from Germany and Montbeliard, all of whom crossed the Atlantic in 1751-1752 on John Dick’s boats, commissioned by King George II to bring Protestant settlers to Nova Scotia.

His marriage to Flora MacDonald of Montreal in 1952 resulted in six wonderful children and brought him much happiness. He was a proud and loving grandfather to fourteen grandchildren and four great-grandchildren.

He later married Shirley (Reis) Buck of Waterloo and gained the love of a second family.

George was an avid skier and sailor and was a Life Master in the Bridge world. He enjoyed family trips and after retirement travelled with Shirley and eventually got to all the provinces and states of Canada and the US and all the countries of Europe.

Cremation has taken place. A private memorial service will be held at a later date.

Condolences for the family and donations to a charity of choice are appreciated and can be arranged through the Erb & Good Family Funeral Home, 171 King St. S., Waterloo at 519-745-8445 or www.erbgood.com.

Share Your Memory of
George
Upload Your Memory View All Memories
Be the first to upload a memory!
Share A Memory