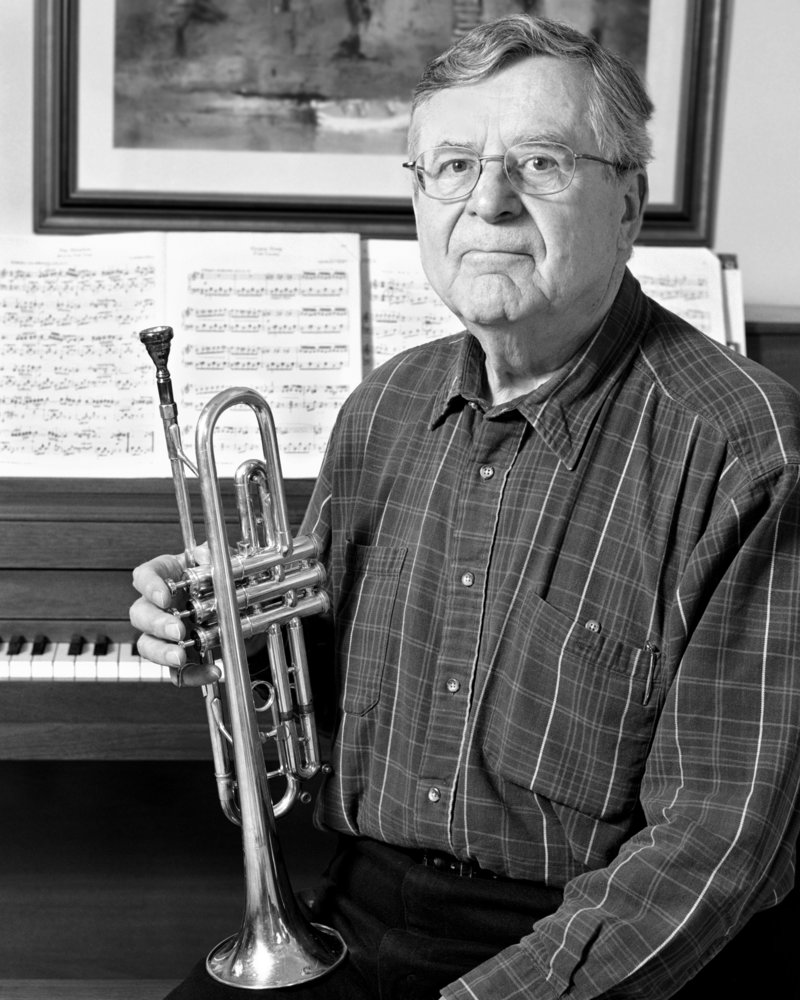 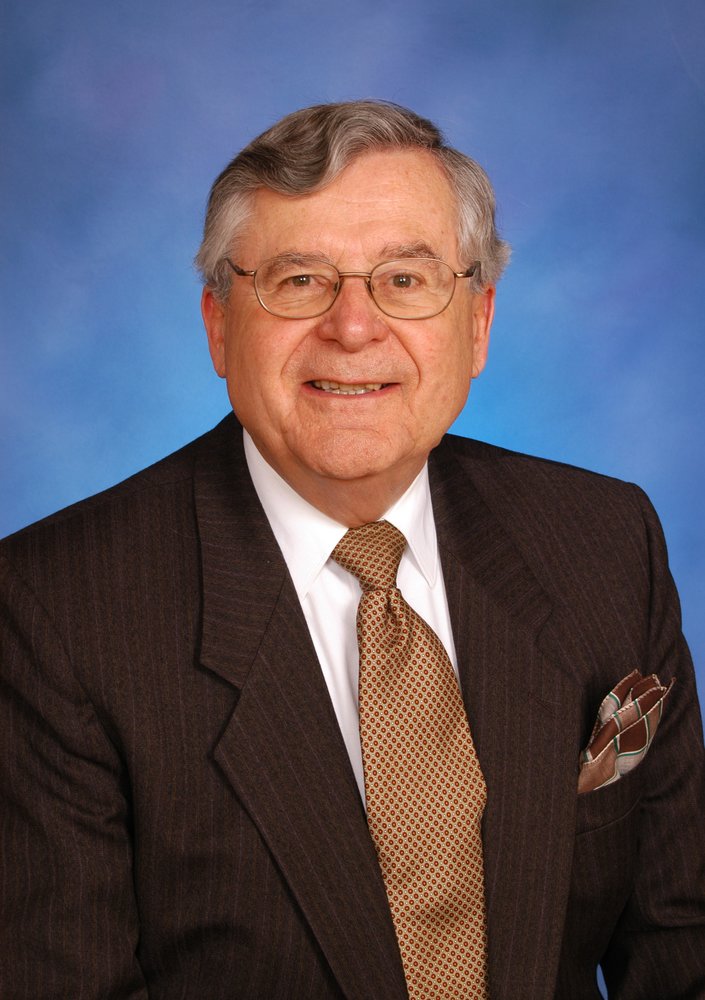 With great sadness, the family of John T. Conrad announces his passing on Sunday, September 27, 2020, at the Sunshine Centre, Luther Village, Waterloo, at 93 years of age.

John was born in the Banat region of the Austrian Empire, December 21, 1926, and immigrated to Canada (with his parents) when he was two years old. He attended St. Louis School and Kitchener Collegiate and Vocational School before earning a Bachelor of Music degree from the University of Toronto. His burgeoning career as a professional trumpet player was cut short when he contracted tuberculosis in the late 1940s. He spent two years recuperating at the Freeport Sanatorium. Freeport not only gave him back his health, it gave him his wife, Mary, who was also a patient there. Freeport remained a focus of their community work for over fifty years. John led a multi-dimensional professional life in education and music. For thirty years, he was an integral part of the music department at Eastwood Collegiate Institute in Kitchener, being remembered by many for his years of directing wonderful music productions and laying the foundation for the specialized music programs of today.  He also directed the City of Waterloo music programs for thirty-two years, giving budding community musicians and weekend warriors a welcome outlet for their musical passion, particularly through the historic Waterloo Musical Society Band. He was president of the Central Ontario Musicians Association (Local 226, American Federation of Musicians) for many years, advocating for better working conditions and livelihoods for professional players. His other commitments to music education and performance included music direction with the original Preston Scout House Band and its alumni reboot, brass judging with major drum corps organizations in the United States and Canada, directing the Brantford Boys Band in the late 50s and early 60s, teaching at summer music camps in Beaverton and Bamberg and being a member of Our Lady of Lourdes Church Choir. As respite, John loved to spend time at his cottage on Lake Kashagawigamog in Haliburton where he could tinker to his heart’s content on DIY maintenance projects. He did love hardware, an obsession that stretched back to his first educational interest in aeronautical engineering. Like his father before him, John was a quiet and contented soul. He shared his obvious talents and knowledge widely and generously, and gave his own family a roadmap for a rich and fulfilling life.

Thanks to the nurses, personal support workers, and administrators at Luther Village who made John’s last months and days comfortable and dignified.

Due to COVID 19 restrictions, a private family visitation will be held and the Mass of Christian Burial will be celebrated by invitation only at Our Lady of Lourdes RC Church, 173 Lourdes Street, Waterloo, ON.  If desired, donations in John’s memory may be made to Freeport Hospital or St. Mary’s Cardiac Care Centre at www.erbgood.com or by calling the Erb & Good Family Funeral Home, 171 King St. S., Waterloo at 519.745.8445.