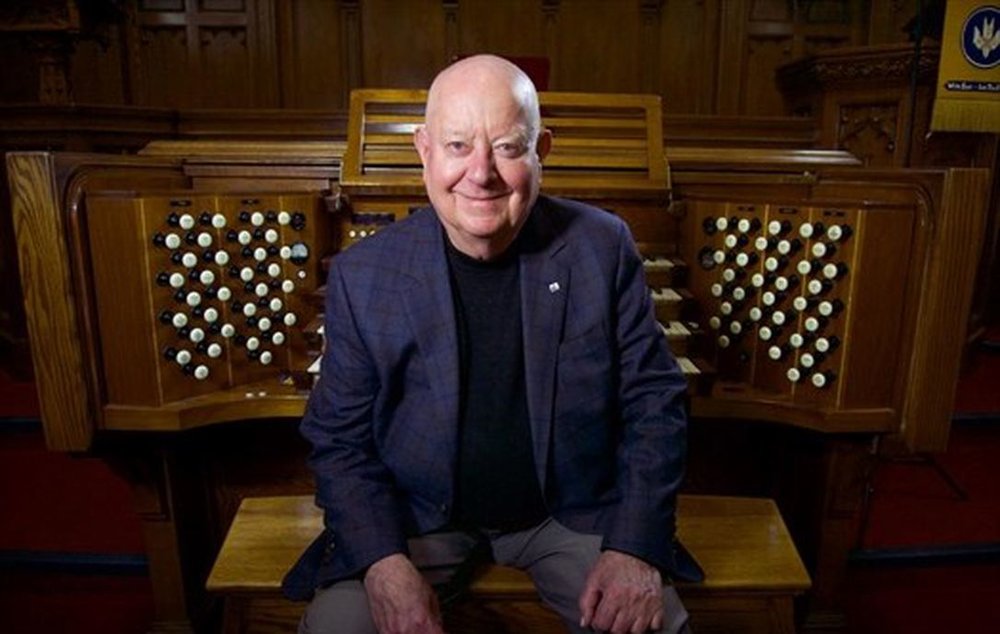 He is survived by his wife, Sheryl Loeffler, his children Christopher (Roquelina) and Annette, his granddaughter Isabella, and his brother Dennis.

Douglas Haas was called to serve as Director of Music, St. Andrew’s Presbyterian Church, Kitchener, in May 1967, after 10 years of study and work in Italy and Germany. He served St. Andrew’s for 53 years.

In 2011, he was awarded a Fellowship of the Royal Canadian College of Organists, Honoris causa, in recognition of his many years of outstanding musical achievement.

In 2016, he was awarded a Sovereign’s Medal for Volunteers, a national award established by the office of the Governor General to recognize Canadians who have made significant contributions in their fields at home and abroad.

On Sunday, January 3, St. Andrew’s will celebrate sacred music and Douglas Haas’s sacred music ministry during its 10 a.m. worship service, which will be televised on CTV and livestreamed at www.youtube.com/user/arithmecode. A memorial service to celebrate his life will be held when it is safe to gather again.

Memorial donations may be designated to the Douglas Haas Music Ministry Enhancement Endowment Fund of St. Andrew’s Presbyterian Church, established to ensure that his legacy of excellence in organ and choral music at St. Andrew’s continues.

Share Your Memory of
Douglas
Upload Your Memory View All Memories
Be the first to upload a memory!