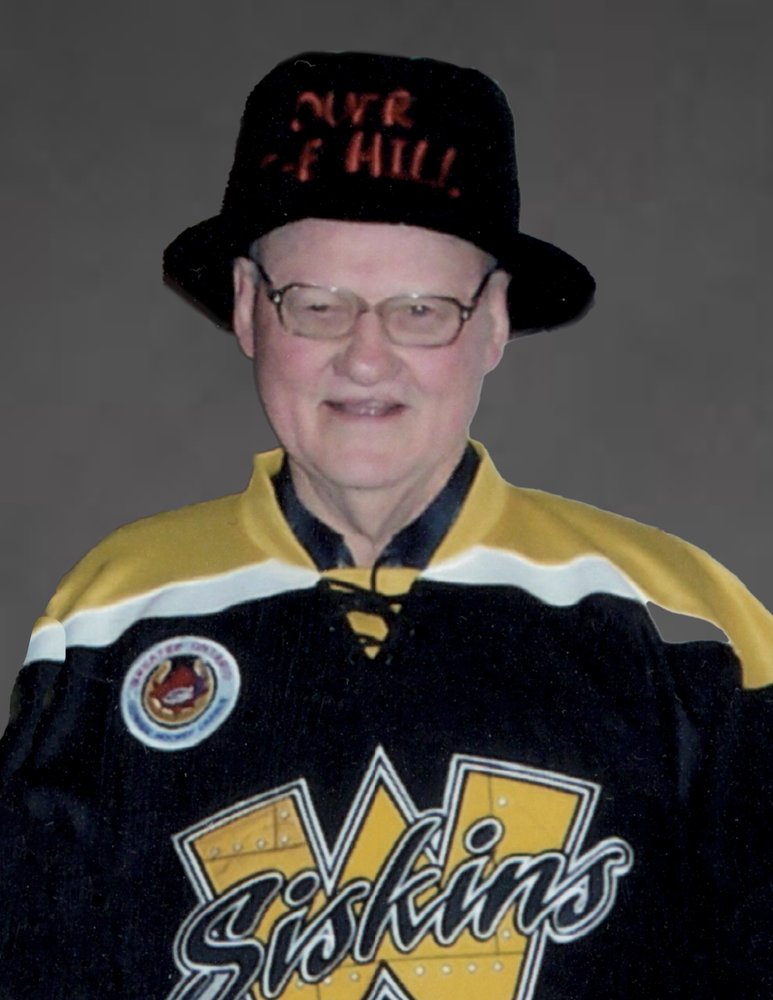 Graveside Service will be held at Parkview Cemetery, 335 University Ave. E., Waterloo on

On 26th February 2021, Gordon passed away peacefully at St. Mary’s General Hospital, five days after his 90th birthday. He was admitted to hospital on Family Day after contracting Covid-19. With his underlying lung conditions and history of chronic bronchitis, the Coronavirus claimed his life.

Gordie was born on Duke Street in Waterloo on 21st February 1931. He is the second eldest of seven children born to David and Lillian Earl (nee Wallace). They grew up during the depression. Like most families of the time, they were poor and struggling. Gordie made the best of it.

In 1946 at the age of 15, Gord started as a Cooper at Canada Barrels and Kegs (aka Canbar) on Erb Street in Waterloo. Gord made wooden whiskey barrels for Seagrams, and later as the company evolved, fibreglass tanks. Gord would tell his family and friends stories about his early years working at Canbar: about Lucy, the horse who would pull the heavy logs, and how he would load the heavy Oak barrels into trucks by hand. After 50 proud years of dedicated work, Gord retired from Canbar in 1996. His combined retirement and 65th birthday party is one that his family remembers well. Gord always loved a good party, and even more, opening presents. His passions were spending time with his family and friends; he loved to laugh and have a good time.

Gordie loved sports, especially bowling, baseball, and hockey. His favourite teams were the Toronto Maple Leafs and the New York Yankees. He was also involved with several teams, which were a major part of his life. His most notable affiliations were with the Waterloo Siskins, Waterloo Chippers, and the Kitchener Evergreens fastball club.

For a long time, Gordie was known as “Gordie the Bootlegger.” He earned this nickname from years of being in charge of the hydration for several Old Timer Hockey teams. This role had a humble purpose for Gordie: each year he would donate the majority of his proceeds to a family in need at Christmas, as well as to KIdsAbility.

Gordie was a long-time fixture at the Navy Club on Saturday mornings, where he enjoyed the company and laughter of his friends at the “bullshitters’ table.” Gordie was blessed with a solid circle of friends. Friends were his life, and his friendships were for a lifetime. Every gathering, every sporting event, every meal, every cup of coffee. Time together had so much meaning. Gordie and his friends looked after each other, especially as they aged. When Gordie hung up his keys at 80, his friends made sure he was still included and got everywhere he needed to be.

Gordie had a big heart, was a kind and generous man, and was loved by everyone he met. Gordie was a loving father of Richard and wife Jannette, Michael and wife Barbara, and daughter Kathy Leisemer. He was a caring grandfather of Jason and Brandon Earl. And he was a dear companion to his special friend, Charlotte. Gordie is also survived by his siblings Gloria, Lois, Larry, Rodney, and Brenda; predeceased by sister Bernice (2019). He was an uncle to several nieces and nephews. Gordie will be deeply missed by all.

Sincere thanks to the nurses and doctors at St. Mary’s General Hospital for the wonderful care Gordie received in the last days of his life.

There will be a private family burial. A celebration of Gordie’s life will be held at a later date.

In lieu of flowers, donations can be made to KidsAbility Centre in Waterloo or St. Mary’s General Hospital.

Condolences for the family and donations can be made through the Erb & Good Family Funeral Home, 171 King St. South, Waterloo www.erbgood.com or 519-745-8445.

Share Your Memory of
Gordon
Upload Your Memory View All Memories
Be the first to upload a memory!
Share A Memory
Send Flowers